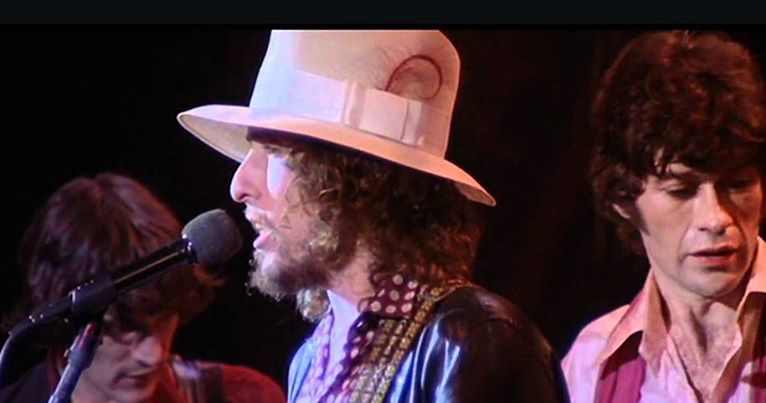 For this special show, they will celebrate Bob Dylan’s birthday and honor the historic relationship between Bob Dylan and THE BAND by performing some Bob Dylan classics including selections from The Basement Tapes collection, the incredible collaboration between Dylan & THE BAND.

While iconic roots rock group THE BAND may be long gone from the stage, The THE BAND Band is keeping their sound and spirit alive and well with authentic, true-to-form renditions of the legendary repertoire.   This group of veteran musicians showcases the astounding breadth and depth of THE BAND’s distinctively original Americana music with classics such as Up on Cripple Creek, The Weight and The Night They Drove Old Dixie Down, as well as deeper cuts from THE BAND’s vast catalog.  The The THE BAND Band draws their set list from THE BAND’s seminal period – from Big Pink to The Last Waltz – capturing the sound and spirit of their live performances and bringing the songs to life again.

George Walsh, host of WCWP Radio’s ‘Knockin’ on Dylan’s Door’ said, “The THE BAND Band really nails it. Their shows recapture the incredible vibe that was unique to THE BAND.”  And Rex Fowler of renowned folk-rock duo Aztec Two-Step states, “Sadly we’ll never see or hear THE BAND perform live again, but if you want a close second and want to be transformed by the magic and spirit of THE BAND’S  music….The THE BAND Band…delivers BIG TIME.”

Additional information about “THE BAND”
For over a decade, THE BAND (Levon Helm, Rick Danko, Richard Manuel, Garth Hudson, Robbie Robertson) was one of the most popular, and remains one of the most influential rock groups in the world. They first gained notoriety as Bob Dylan’s backup band when he “went electric” on his controversial 1966 world tour.  In 1968, THE BAND emerged on the rock and roll scene in their own right with the release of their critically acclaimed album, Music From Big Pink, followed a year later by their self-titled album, THE BAND (a.k.a. The Brown Album), and became the first American rock band to appear on the cover of Time magazine. THE BAND (in their original lineup) released six more albums before ending their touring career on Thanksgiving Day 1976, with their farewell concert, The Last Waltz, held at The Winterland Ballroom in San Francisco. Featuring numerous musical celebrities, the event was immortalized in Martin Scorsese‘s 1978 documentary. THE BAND was inducted into the Canadian Music Hall of Fame in 1989 and the Rock and Roll Hall of Fame in 1994. In 2004, Rolling Stone ranked them No. 50 on their list of the 100 Greatest Artists of All Time, and in 2008, they received the Grammy‘s Lifetime Achievement Award. In 2004, their song “The Weight” was ranked 41st best of all time in Rolling Stone‘s 500 Greatest Songs of All Time list.

The THE BAND Band players:

Gary has toured with folk-rocker Steve Forbert and guitarist John Hall (of “Orleans”), and performed with Rick Danko, Levon Helm, Maria Muldaur, Jimmy Vivino, and others.

Josh has performed with rock legend Genya Ravan, and is featured on her album “Genya Ravan Live at CBGB’s”. He was a founding member of The Sylvester Brothers, playing the New York club circuit for over a decade.

Loren has been a composer and performer on New York’s music scene since 1972. He was house pianist for 12 years at the famous restaurant Elaine’s, on the upper east side, and was a long time member of The Tokens.

Vinny Nicosia – drums, guitar, vocals
Vinny has been part of the New York music scene for over four decades, playing everything from country and rockabilly to blues, jazz, and Off-Broadway.