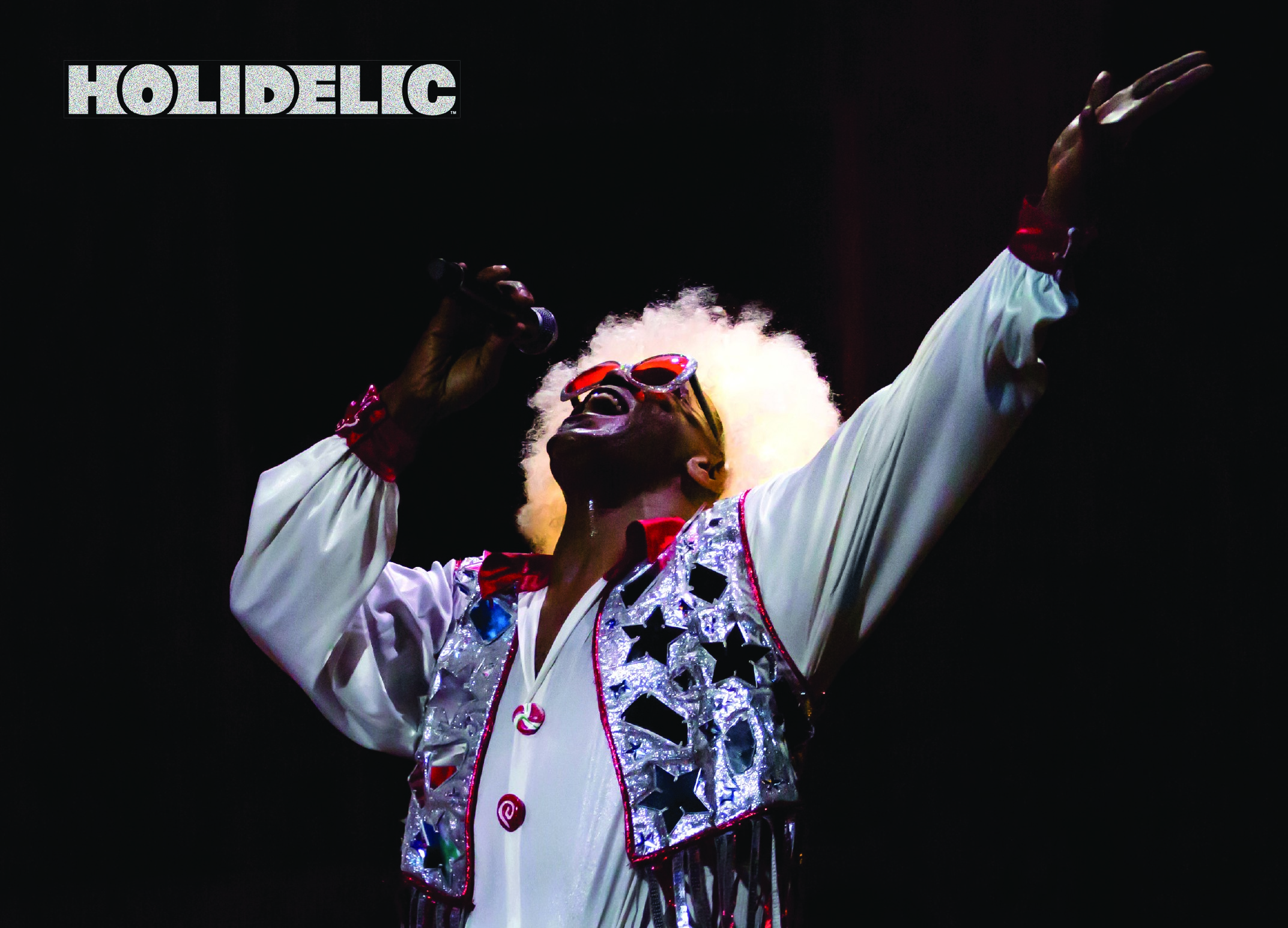 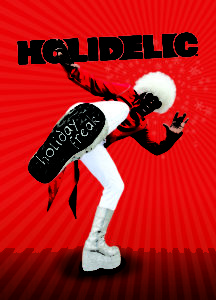 This is holiday spirit like you’ve never heard before! Holidelic will get you out of the Andy Williams rut and liberate your Nutcracker. Blending the influences of P-Funk, Sly Stone and other 1970’s and ‘80’s funk and soul bands, Holidelic explores the holidays, modern culture and mild family dysfunction in a playful, loving, humorous record that is hardly traditional but a whole lot of fun! Celebrating uniqueness and diversity with the power of the groove as the common denominator, Holidelic’s fresh, wide-eyed look at the holiday season was conceived of as a celebration of the true holiday spirit of joy and giving. As the standard holiday music has passed from one generation to the next like a stale fruitcake, it has lost a lot of relevance for many… and as the ubiquitous, canned holiday music oozes from nearly every storefront from late November’s Black Friday celebration of commercialism ’til Christmas Day, it is harder and harder to get folks enthusiastic for yet another round of Jingle Bells and White Christmas. People want to celebrate! People want holiday cheer! People want to shake their booties! Holidelic is the guaranteed antidote to the sameness of old school holiday sounds: this is holiday music for all races, creeds and lifestyles… even for all ages with a little parental guidance… Written, produced and directed by Grammy-nominated singer/songwriter, producer, actor and dancer Everett Bradley (aka Papadelic), Holidelic debuted in 2002 at New York’s prestigious Joe’s Pub—part of New York’s Public Theater and Shakespeare Festival—that featured special guests ranging from Living Colour’s Vernon Reid, The B-52’s Fred Schneider, SNL’s Shawn Pelton and hip hop artist John Forte to pop chanteuse Lucy Woodward, dancing trombonist Jonathan Arons and the legendary Celeste Holm. The original Holidelic album was released in 2010 to great critical acclaim: 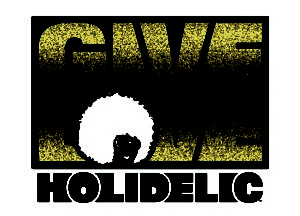 “A flashy, bass-heavy retro-futuristic take on the holidays.” The New Yorker “Original songs that celebrate diversity.” OUT.com “A holiday funk-tacular.” Time Out New York “Not since James Brown’s Christmas Album has there been a Yuletide-themed collection as funky as this latest release from Grammy-nominated singer/songwriter/actor Everett Bradley..” Frank Scheck (New York Post / Hollywood Reporter) “Bradley’s tunes will liven up anyone’s familiar mix of music with pulsating rhythms that bring to mind the work of funk and soul greats like Sly Stone and P-Funk and clever conceits that put a fresh spin on familiar sentiments…” Andy Propst- TheaterMania 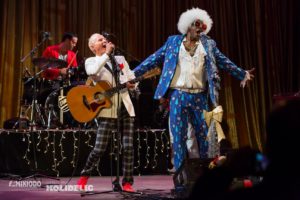 DR. ELMO – is best-known for his recording of “Grandma Got Run Over By A Reindeer,” the Christmas classic which has sold more than 10 million copies since it was first broadcast by a San Francisco radio station in 1979.

Doors will open at 5:00pm (show starts at 8:00pm). For more information, or to purchase tickets, CLICK HERE.