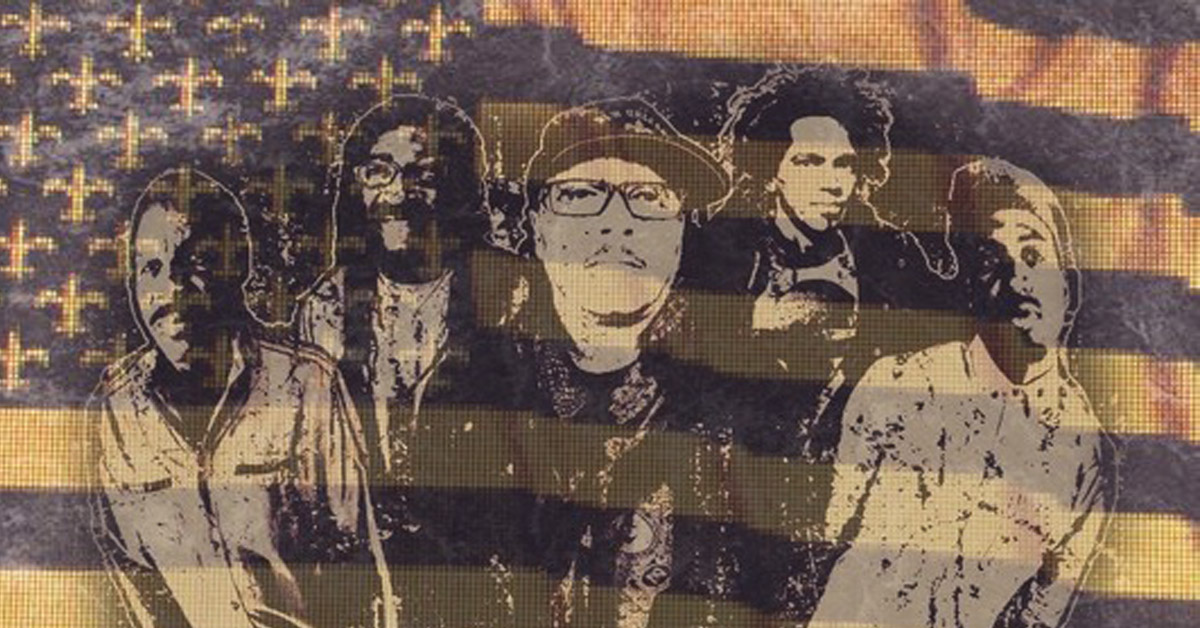 Founded by keyboardist Ivan Neville – son of famed vocalist Aaron Neville and himself a member of the Neville Brothers band – Dumpstaphunk stands out among New Orleans’ best. Neville drafted his cousin Ian Neville for guitar duty, Tony Hall and Nick Daniels III for dueling basslines, and Alvin Ford Jr. on drums, resulting in one of the funkiest bands to ever arise from the Crescent City.

Born on the Jazz & Heritage Festival stage, Dumpstaphunk’s performances combine ingenious musicianship and complex funk and jazz arrangements with soulful melodies that are simple enough for anyone to enjoy. They toss around lead vocals, four-part harmonies, and a soulful party beat the way Sly & the Family Stone once did.

“Dumpstaphunk has grown from a small side project into one of New Orleans’ most prestigious modern funk ensembles.”
~ Rolling Stone Magazine

“One of the hippest funk bands in the land.”
~ Guitar Player Magazine

“The colossal low end and filthy grooves they threw down from the Gentilly Stage must have set a Jazz Fest record for one of the baddest bass jams ever.” ~ Bass Player Magazine

“Dumpstaphunk’s groove is a unique monster. It’s not the minimalist funk of the Meters and it’s not the relentless funk of James Brown, although it has that rhythmic drive. It’s not the psychedelic, over-the-top circus of Parliament Funkadelic, but it often has that political slant. It’s not the party funk of the Ohio Players, but it shares the high vocals that take the pressure off the bottom. Dumpstaphunk is a whole other school of funk. If you’re under 35, you think you’ve seen funk, but you haven’t. You missed the original Meters, James Brown when he wasn’t a parody, Parliament Funkadelic’s landing of the “Mothership”, Sly and the Family Stone before he went M.I.A and Booker T. and the M.G.s before the demise of Stax. Dumpstaphunk is as good as all that, and they’re in their prime now.”
~ The Gambit Weekly