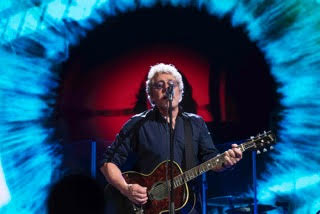 (January 31, 2018) – Legendary Who frontman Roger Daltrey will be performing the band’s most iconic masterpiece this summer, the groundbreaking TOMMY, on a special 10 city solo tour featuring full orchestral backing.  Daltrey and his band will be joined on stage by acclaimed local orchestras for each performance, showcasing the beloved classics from the 1969 rock opera, including “Pinball Wizard,” “See Me, Feel Me” and more.  The tour will open at the Bethel Woods Center for the Arts in Bethel, NY on June 8th with the Hudson Valley Philharmonic.

Considered one of the seminal albums of the rock canon, last year The Who played all of TOMMY for the first time in 28 years at the Royal Albert Hall in London as part of a benefit concert for the Teenage Cancer Trust.  Roger performed it in its entirety with his band during his 2011 solo tour.  The opportunity to bring an orchestral dynamic to the raw emotion and cathartic impact of the songs that cemented Daltrey’s legacy as a vocal powerhouse adds a compelling dimension to the music’s timelessness. 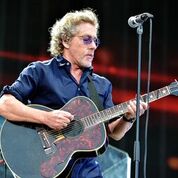 Daltrey comments, “I’m really looking forward to singing TOMMY, not only with my great backing group, but also some of the finest orchestras in the country.   Pete Townshend’s rock music is particularly suited to being embellished by the sounds that an orchestra can add to the band.  With the arrangements written by David Campbell, it should make a memorable night of entertainment for all those who love the arts.”

Supported by the band of regular Who players, including guitarist/backup singer Simon Townshend, guitarist Frank Simes, keyboardist Loren Gold, bassist Jon Button and drummer Scott Devours, and complemented by some of the best orchestral institutions in the U.S., Daltrey’s indelible presence on this summer’s stages is sure to enliven the deaf/dumb/blind boy once again!

Daltrey has appeared on stage away from The Who on many occasions. His 1994 solo concert at New York’s Carnegie Hall with The Juilliard Orchestra was the fastest selling event in the venue’s history. The following year he appeared on stage as The Tin Man in a production of “The Wizard Of Oz” at The Lincoln Center, and in 1998 he starred as Scrooge in “A Christmas Carol” at Madison Square Garden. He has also performed with his friends The Chieftains, the traditional Irish band, and toured the world with the British Rock Symphony interpreting a variety of rock classics.

Daltrey’s film career began, appropriately enough, with the title role in Ken Russell’s kaleidoscopic 1975 adaptation of The Who’s rock opera “Tommy.”  He has since appeared in some 30 films, portraying composer Franz Liszt (as well as writing lyrics and performing several songs) in Russell’s wild classical-music fantasia “Lisztomania,” the lead in the gritty crime drama “McVicar” (for which he also furnished the hit soundtrack), and roles in “The Legacy,” “Vampirella,” “Johnny Was” and many more.  His television work includes appearances on  “CSI,” “That ’70s Show” and “Rude Awakening.”

The singer’s solo discography includes the acclaimed discs Daltrey, Ride a Rock Horse, One of the Boys and Under a Raging Moon, and such hit singles as  “I’m Free,” “Giving It All Away,” “Without Your Love,” “Free Me” and “After the Fire.”  His solo work has been compiled into two anthologies, Martyrs and Madmen (1997) and Moonlighting (2005).

Later in 2018 Daltrey’s autobiography and his first solo album in 26 years will be released.

In the meantime, though, Roger Daltrey is ready to use his voice to do the thing he was born to do – bring rock fans to their feet.

For exclusive Pre-sale tickets, VIP packages, and all other tour information, CLICK HERE.

For information on Bethel Woods Center for the Arts, CLICK HERE.