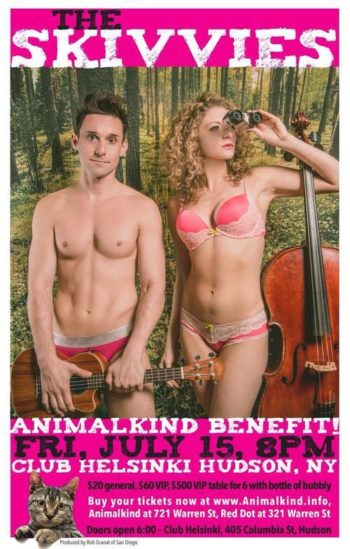 (June 22, 2016) – The Skivvies, an adult-rated musical comedy duo performing stripped-down mashups of pop songs and show tunes almost in the raw, will bare their considerable abs and more in a concert to benefit Animalkind, the cat rescue and adoption center in Hudson, at Club Helsinki Hudson on Friday, July 15, at 8pm.

The duo was nominated for “Show of The Year” for the 2015 MAC Award. The Wall Street Journal calls them “smart, sophisticated… ingenious” and Out Magazine says, “The Skivvies have managed to carve out a niche that we never knew needed to exist: part Weird Al-parody and part sexy burlesque … an unusual explosion of satire and sultry.”

People Magazine named the Skivvies “The Most Playful Performers” in The Most Talked about Bodies of 2014 issue and Sports Illustrated named them “Favorite New Band.” The New York Times calls them “a hot musical comedy duo specializing in unexpected arrangements, incongruous mashups, and of course, highly toned displays of skin.” 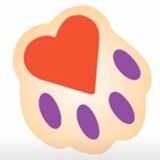