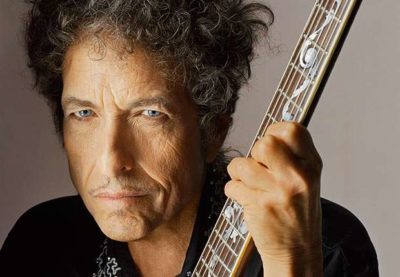 (May 31, 2016) – As music fans celebrate icon Bob Dylan’s 75th birthday, the Avalon Archives of Rock ‘n’ Roll, holder of a vast trove of artifacts from a virtual Who’s Who of rock and pop music, will open a show dedicated to him at the Southeast Museum this summer.

The Avalon Archives is the brainchild of Ned Moran, a retired New York City fireman who spent a lot of time in the New York music scene, and has known Dylan since those days.  After retiring from F.D.N.Y., Moran also ran Uncle Willy’s, a music club in Kingston that was a key stop on the club circuit for national acts, for about a decade, and has gathered posters, pictures, bobbleheads, instruments and other rock ‘n’ roll artifacts over many years.  Recently, Moran set up a permanent installation at the Falcon in Marlboro, and frequently curates shows at the Howland Center in Beacon.

The Southeast Museum show will feature artifacts related to Dylan’s connection to Putnam County, where he spent much time in the late 1960s and early 1970s.

Performing at the opening will be The Jammers.  The duo, Bob Cinque and Bob Pinnola, first performed together in 1978, and have collaborated on many musical projects over the years, from the progressive-rock band Dreamwork to the off-off-Broadway rock musical Pheenom and, more recently, a number of performances in the northern Westchester-Putnam area, including The Mighty Piano, a fundraising event for the Walter Brewster House.  Pinnola also leads the Suburban Brothers, a four-piece band that performs in Long Island, New York City and the Hudson Valley, including recent shows at the Putnam Valley Sunset Series, with Cinque sitting in.  For this performance, they will be joined by percussionist Phil Levine and other musical guests.

The show, “Bob Dylan:  Spanning Two Centuries”, runs from July 9 through September 18, with an opening event on Saturday, July 9 at 7 p.m.  The museum is located at 67 Main Street, Brewster, a block from the Metro-North rail station.