(February 2, 2018) – Jazz Promo, a production company based out of Warwick, New York has proudly announced that two artists they represent took home Grammys at the 2018 60th annual Grammy Awards. 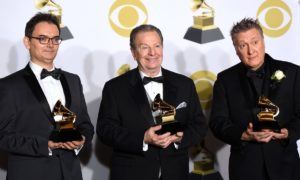 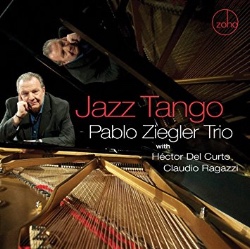 Born in Buenos Aires, Argentina, Latin GRAMMY winning pianist Pablo Ziegler artfully blends classic tango rhythms with jazz improvisations, adding a new voice to the tango lexicon. Howard Reich of The Chicago Times writes, “There’s no question that Ziegler takes the tango to levels of sophistication and refinement probably undreamed of by Piazzolla”, and Eric Salzman of Stereo Review, writing of Ziegler’s CD, Tango Romance, affirmed that the CD “solidifies his (Ziegler’s) claim to be the outstanding representative of the nuevo tango in his generation.”

Soaring, poetic, quick silver, spontaneous and instantly identifiable are words used to describe the soprano sound of saxophonist Jane Ira Bloom. She’s been steadfastly developing her singular voice on the straight horn for 35 years creating a body of music that marks her as an American original. She’s an eight-time winner of the Jazz Journalists Association Award for soprano sax, the Downbeat International Critics Poll, and the Charlie Parker Award for Jazz Innovation and has collaborated with such outstanding jazz artists as Charlie Haden, Ed Blackwell, Kenny Wheeler, Julian Priester, Mark Dresser, Jerry Granelli, Matt Wilson, Billy Hart and Fred Hersch. Her 2014 all-ballads release “Sixteen Sunsets” was nominated for a Grammy Award for surround-sound. In addition she’s garnered numerous awards for her creativity including a Guggenheim Fellowship in music composition and the Mary Lou Williams Women In Jazz Award for lifetime service to jazz. JIB was the first musician commissioned by the NASA Art Program and was honored to have an asteroid named in her honor by the International Astronomical Union (asteroid 6083janeirabloom). 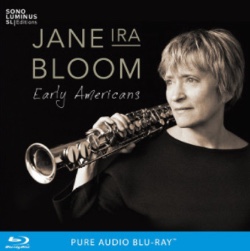 The subject of numerous media profiles on network television, on radio, and in major national magazines, JIB
has recorded and produced 16 album projects since 1977 for CBS, Arabesque, ENJA, Pure Audio and
Artistshare Records, and founded her own record label (Outline Records). A professor at the New School for
Jazz in New York City, she holds degrees from Yale University, the Yale School of Music and continues to find
inspiration merging her music with the world of arts and ideas.

Jazz Promo Services has been based in Warwick, NY for the past 17 years. The president of Jazz Promo Services, Jim Eigo, is not just passionate about the business part of the music business. As an enthusiastic lifelong jazz listener and an avid supporter of the arts, he’s a visible presence at artist’s gigs, festivals and industry conferences.