(September 12, 2016) – On Saturday, October 1 The Artists’ Collective of Hyde Park will host  a one-night only benefit concert to celebrate the music of Bob Dylan.

The event will be held in the Methodist Church Hall on Route 9 in Hyde Park, and will benefit the Artists’ Collective of Hyde Park. The concert will feature Maggie’s Farm, a “Pop-Up” band of celebrated Hudson Valley club musicians who will gather together for one night only to celebrate the music of Bob Dylan.

From the early days of one voice and one guitar singing Blowin’ In The Wind to the then-controversial electric sounds of Like A Rolling Stone and Rainy Day Women, Maggie’s Farm will recreate and reinterpret many of the songs that helped permanently fix the songs of Bob Dylan in collective consciousness.

The Artists’ Collective is a non-profit group nurturing local art and music to strengthen the Hyde Park community and benefit the local economy. 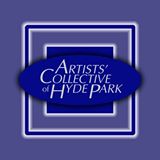