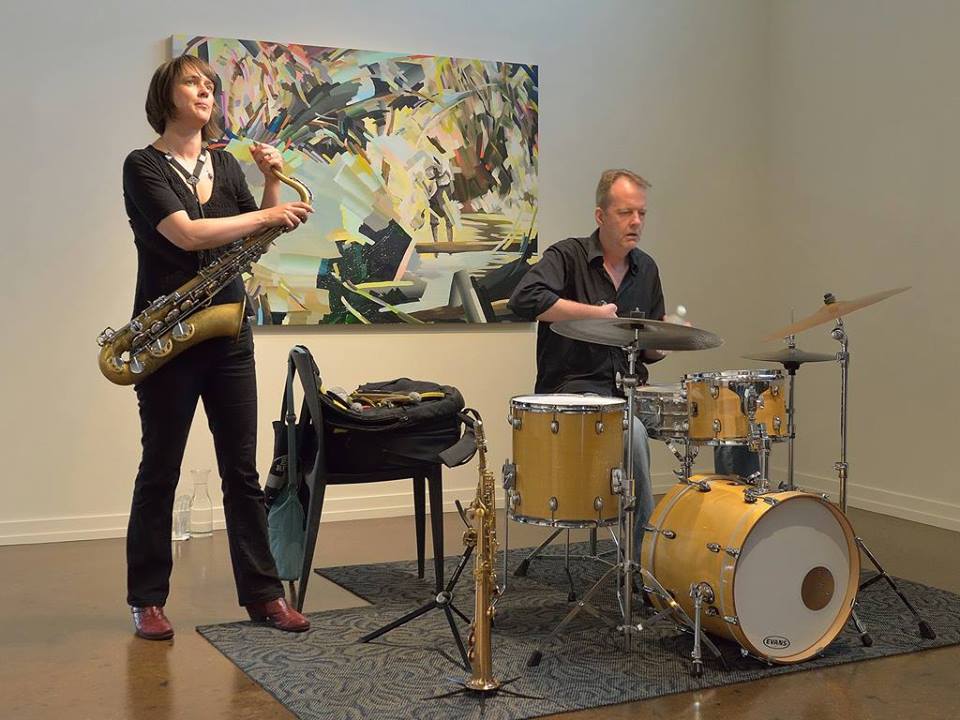 The wife-and-husband duo of tenor and soprano saxophonist Ingrid Laubrock and drummer Tom Rainey will perform at Quinn’s on Tuesday, May 10 at 9 PM. They will play two sets featuring their fiery brand of dramatic improvisation, wide-ranging in texture and virtuosic in expression. There will be no cover charge for admission but donations for the musicians are requested. Quinn’s is located at 330 Main St. in Beacon, NY.

Originally from Germany, Ingrid Laubrock resides in Brooklyn, NY. Between 1989 and 2009 she was active as a saxophonist and composer in London/UK. 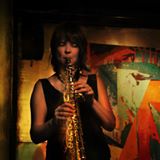 Awards include the BBC Jazz Award for Innovation in 2004, a Fellowship in Jazz Composition by the Arts Foundation in 2006, the 2009 SWR German Radio Jazz Prize and the 2014 German Record Critics Quarterly Award. Commissions include Jammy Dodgers for jazz quintet and dancers (2006), Nonet music for Cheltenham Jazz Festival 2007, SWR New Jazz Meeting 2011 and “Vogelfrei”, a piece for chamber orchestra (ACO/Tricentric Foundation).

Ingrid was Improviser in Residence 2012 in the German city Moers. The post is created to introduce creative music into the city throughout the year. As part of this she led a regular improvisation ensemble and taught sound workshops in elementary schools.

Other teaching experiences include improvisation workshops at Towson University, Guildhall School of Music and Drama, Baruch College, University of Michigan, University of Newcastle and many others.

Percussionist Tom Rainey was born in Los Angeles, California in 1957. 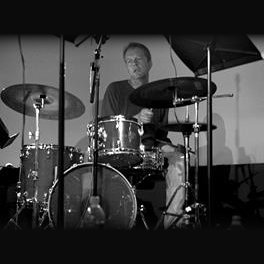 Tom Rainey received an National Endowment for the Arts grant to compose and perform a concert of music for percussion and drums featuring Dave Samuels and Arto Tuncboyaci.

Rainey’s voluminous recording credits and the artistic caliber of the musicians he’s supported would easily place him on the A-list of drummers closely identified with the New York City modern creative jazz scene roughly from the late ’80s onward.

Tom Rainey recorded his debut album as a leader, “Pool School” for Cleanfeed Records in May 2010. The CD also features Mary Halvorson on guitar and Ingrid Laubrock on saxophone. The trio’s follow-up CD “Camino Cielo Echo” was just released on Intakt Records.

Ms. Laubrock is a saxophonist and composer with a taste for sonic provocation.”