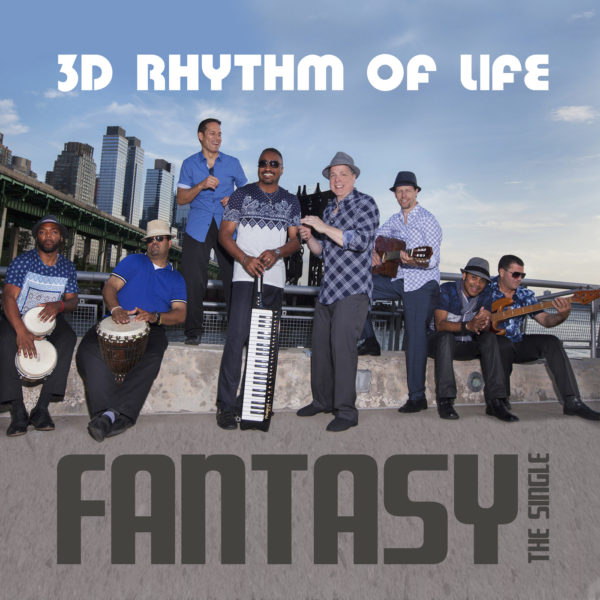 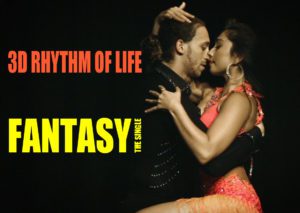 It has been said that a great song can live on in many styles and calls to be heard. Fantasy, the classic Earth Wind and Fire song exemplifies this with a new Latin-Tropical-Soul version directed by Tane Martinez and produced by two-time Grammy nominee Michael Tate. The video was filmed in NYC at the Triad Theater and on the Hudson River.

The recording, like many in 3D’s songbook, started as an idea with a small band arrangement. According to Tate, “I just knew that the message of this song could be shared with the world again and with a new exciting flavor.”

The “Latin-Tropical-Soul” version of FANTASY is the first of it’s kind. Originally recorded by the legendary Earth Wind and Fire, FANTASY has become a huge hit, and an international favorite. FANTASY will be the first single from the future album under the same name (to be released in the fall of 2016).

FANTASY showcases the talents of a diverse assortment industry professionals:

3D Rhythm of Life was formed in 1999 by drummer Michael Tate and guitarist Chris Amelar. The band creates a musical mix of Island Grooves, funky Latin Pop and “Riddim & Blues”. Keyboardist Lenny Underwood’s contributions are an integral part of the bands sound. Members of the group have performed and recorded with major artists that include: Marc Anthony, Jennifer Lopez, Kid Creole and the Coconuts, Chaka Khan, and Whitney Houston to name a few. Their music has been featured worldwide on all forms of radio and television, including Dancing with the Stars and Biography.

For more information on this release, radio and/or television interviews, image requests, contact Michael Tate at 201- 370-7159 or by email: mikamike3d@gmail.com.

For more information, check out the following links: