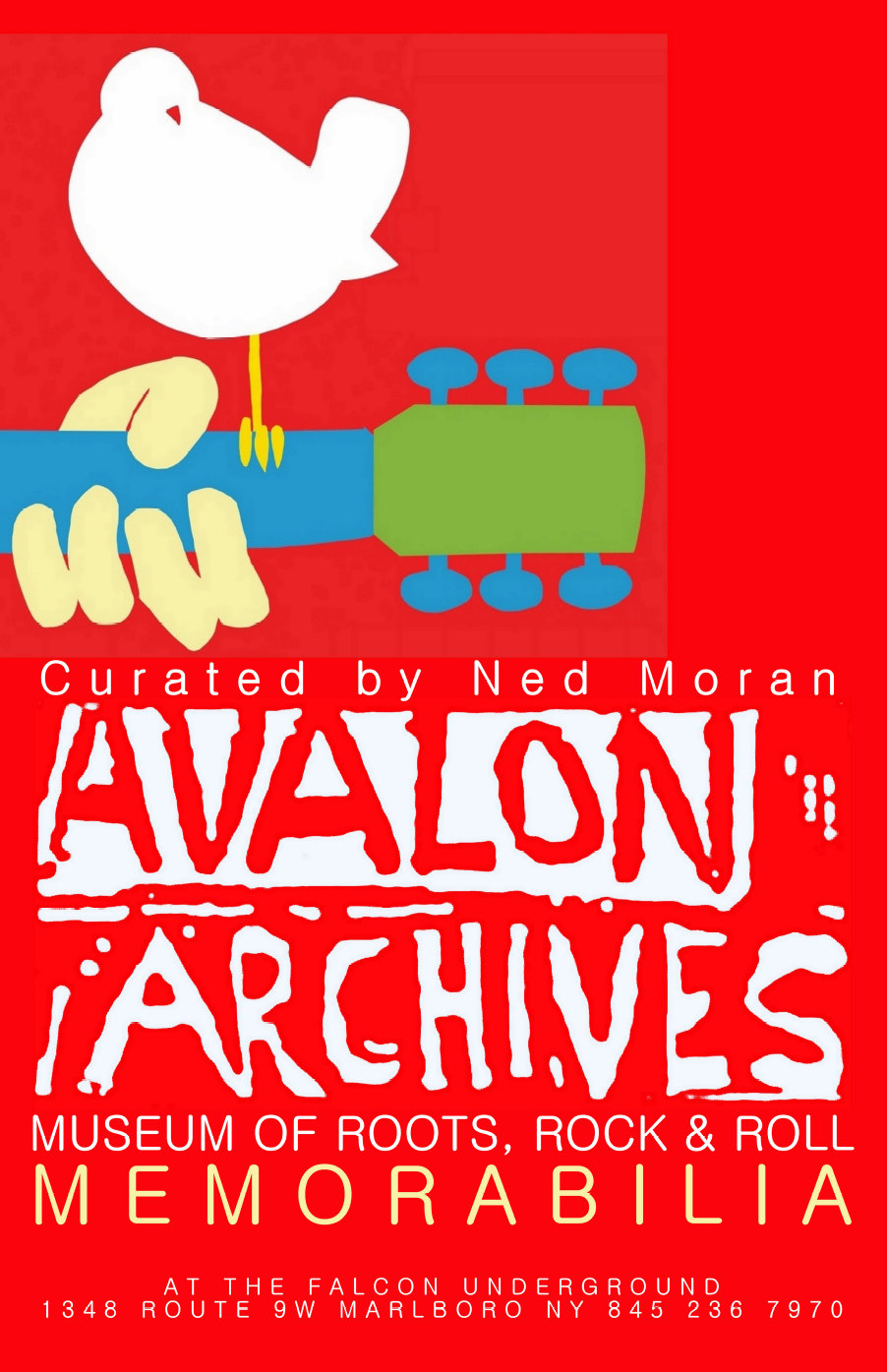 The Avalon Archives, curated by Ned Moran pays tribute to musicians through art and education.

In late 1983, the Avalon Archives, a premier collection of Rock & Roll Art, ﬁrst appeared in public on the Walls of Uncle Willy’s, a nightclub on Broadway in Kingston NY, operated by Ned Moran and Bill Guldy. Ned was a retired New York City ﬁreman and Bill, “Uncle Willy”, a much loved and colorful character who appeared at Yankee games in a crown, a cape, and long beard, leading the fans in cheers. The nightclub itself became legendary, hosting thousands of nationally and internationally known musicians, as well as most of the musicians in the Woodstock NY artists’ community.

In 1989, the collection was invited to a major exhibit at The Museum of Art. Science, and Industry in Bridgeport, Connecticut: Annie Liebowitz, Linda Eastman McCartney, Keith Haring, Andy Warhol,

Robert Mapplethorpe, Fred W. Darrah, Jim Marshall, Ron Wood, and Richie Havens were some of the artists whose work was hung along with the Avalon Archives collection. Since that very successful exhibit, the collection has toured around the US and in and around its Hudson River Valley home for almost twenty years: schools, museums, radio stations, concerts, festivals, and even hardware stores, (the Marbletown Hardware store is the world’s only Rock & Roll hardware store!). The collection consists of original posters and handbills from San Francisco’s Fillmore, Fillmore West, Avalon Ballroom (the venue’s namesake), and Fillmore East NYC, as well as Woodstock, Watkins Glen, and the The Newport Jazz Festival.

A library of 5,000 vinyl records, video tapes, audio tapes, and hundreds of books on music add to this vast collection. Ninety percent of the collection is framed and under glass…..not an easy feat.

The Falcon is located at 1249 Route 9W in Marlboro. You can visit their website at www.liveatthefalcon.com