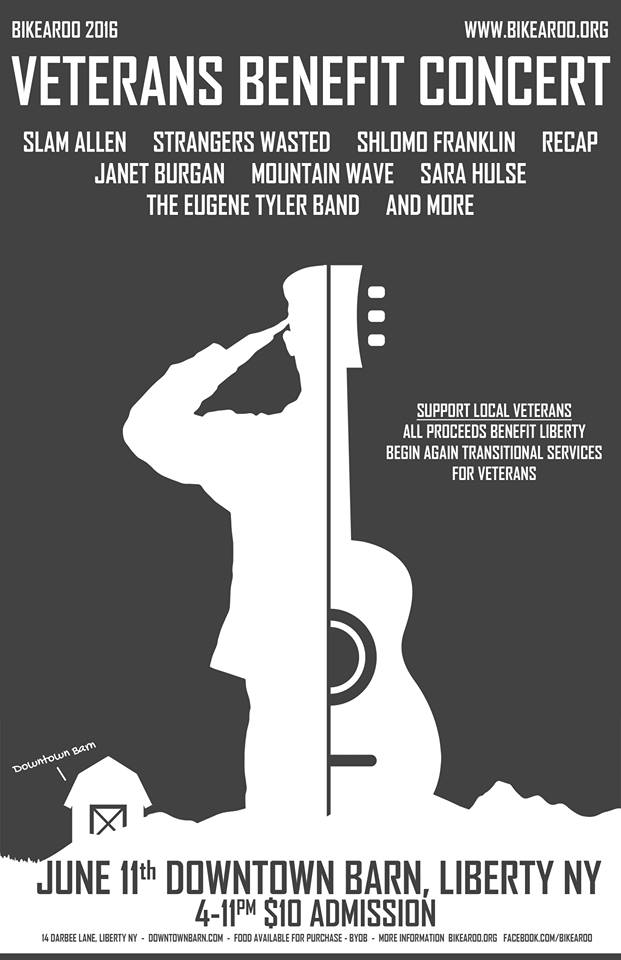 The Bikearoo Veterans Benefit Concert 16 returns on June 11th at Downtown BARN in Liberty from 4-11 pm.

100% of proceeds benefit Liberty Begin Again Transitional Services For Veterans. This year, the group wants to refurbish a home in Liberty to host Veterans that need a hand transitioning back into society and reuses vacant property. According to the Bikearoo Facebook page, the cause “directly impacts the lives of people who put their lives on the line for us — for that we are eternally grateful and willing to do whatever it takes to raise the funds they need”.

About Bikearoo:
Bikearoo is a fundraising concert setup by mountain biking enthusiast in Liberty (LibertyBikeTrail.org) to help out local organizations that make a difference in the community.

The original purpose of Bikearoo was to raise awareness and funds for cycling trails around the Town of Liberty. But Liberty has such a fantastic Parks and Recreation Department that takes care of the parks, and the awesome people from Renegades Bike Club in Wawarsing that build & maintain the trails on Walnut that it reached the point of there is not much we can do to the trails anymore.

The group decided that the show would support a cause in Liberty that would directly impact the lives of people living in and around the Town of Liberty. 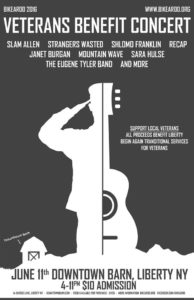