The irrepressible blues icon, Joe Louis Walker, celebrates his Falcon Residency every Monday in May, with extraordinary Special Guests.

Joe Louis Walker is a walking encyclopedia of blues history, and blues vocal and guitar styles. In many ways, Walker’s story is unusual. Born in San Francisco on Christmas Day 1949, now based in Westchester, NY. He was part of the Bay area blues scene in his early teens, and by age he was sixteen he had soaked up the sounds of T-Bone Walker, Amos Milburn, and boogie woogie pioneers Meade Lux Lewis and Pete Johnson. As he grew up, he found himself on stage with tutors John Lee Hooker, Thelonius Monk, The Soul Stirrers, Steve Miller and Jimi Hendrix. 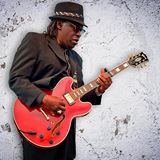 NPR Music has called Walker “a legendary boundary-pushing icon of modern blues,” and has been referred to within the blues world as a living legend. “I’d really like to inspire younger musicians to carry on the legacy of blues/roots music. But play, and do it your way. Don’t be afraid to mix it up. There’s no right, or wrong way. Just the way you wanna express yourself. And above all, ENJOY YOURSELF.” – Joe Louis Walker 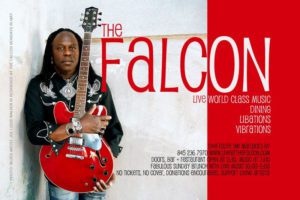