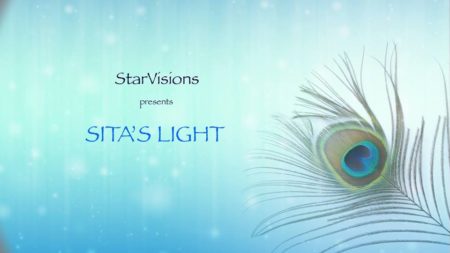 (August 5, 2016) – The StarVisions community is pleased to present a special summer kirtan concert with Sita’s Light. On Saturday, August 6 the community is invited to attend and participate in an easy chanting experience framed by eclectic sacred sounds that go way beyond music itself, opening the heart, quieting the mind, and creating a deep sense of peace and joy. Sita and her musician friends have been leading kirtan in New York, Connecticut, Arizona, California and Canada since 2007.

Kirtan, or devotional chanting is a central practice in Bhakti Yoga, one of the four classical paths of Chanting can transform emotions into devotion, and put aside the mind to open the heart and gain access to a profound and yet very natural state of inner bliss.

Kirtan is an excellent way to sooth the nerves and to calm down the mind.

Kirtan is originally practiced with Sanskrit mantras but it can really be done in any language, as long as the feeling and mental attitude is there.

If you are practicing devotional chanting for the first time, it can sometimes feel a little awkward in the beginning. But as soon as this phase is passed, the first effects can be felt quite quickly and you can really feel a deep inner joy radiating from the heart center.

Miriam Zernis (vocals ~ harmonium) has been leading heart-opening kirtan and sacred music events with great joy since 2007 in NY, CT, AZ, CA and Canada. She was given the spiritual name ~ Sita ~ many years ago, inspiring her to follow the Bhakti Yoga path that she was introduced to at the Sivananda Yoga ashrams around the world.

Sita’s Light came into being in November 2007 as a CD produced as a labor of love for her teachers, and specifically dedicated to Swami Vishnudevananda, who worked tirelessly for the cause of peace in the world and the propagation of the yogic teachings. He also delighted in kirtan as did his guru, Swami Sivananda.
Sita credits devotional music masters Deva Premal, Miten, Manose, Krishna Das, the late beloved Shyamdas, Snatam and GuruGanesha Singh for their inspiration in opening her awareness to the Divinity of chanting. She has studied Classical Indian Music vocals and harmonium with Professor Paramjeet Singh and composer and renown sitarist Hasu Patel.
Sita has been practicing yoga since 1994 and is an internationally certified Sivananda Yoga Acharya, Reiki Master and certified Holistic Health Coach. She spent 21 years as a news writer and editor at ABC News, until 2006 when she retired to fully dedicate herself to devotional music, yoga, health coaching and Reiki.
The event will take place at Unitarian Universalist Fellowship of Northern Westchester, located at 236 S. Bedford Road in Mount Kisco from 7:00-8:30PM.