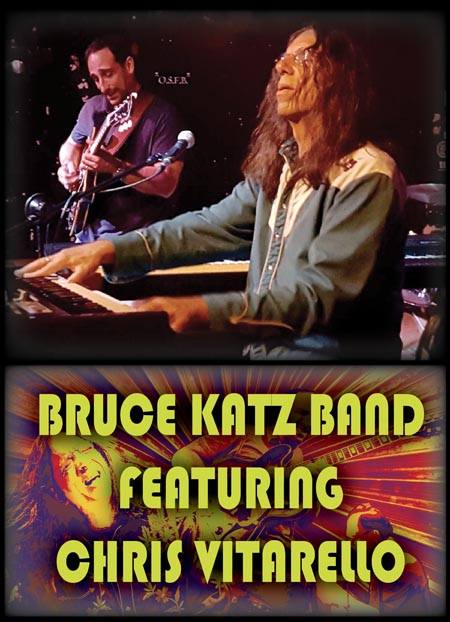 Woodstock keyboardist Bruce Katz’s resume reads like a who’s who of blues and blues-rock. Playing piano and Hammond B3 organ, four-time Blues Music Award Nominee Katz has toured and recorded with the Greg Allman Band, Delbert McClinton, Maria Muldaur, Ronnie Earl & the Broadcasters, among numerous others. While blues remains his core influence, Katz’s music occupies a unique space where blues, soul-jazz, jam-band rock, New Orleans-inspired music and all aspects of Americana collide into a style of original music all his own.

The Bruce Katz Band will be celebrating the release of its latest CD, “Out from the Center,” featuring guitarist Chris Vitarello, who shares vocals and songwriting duties with Katz on the album.