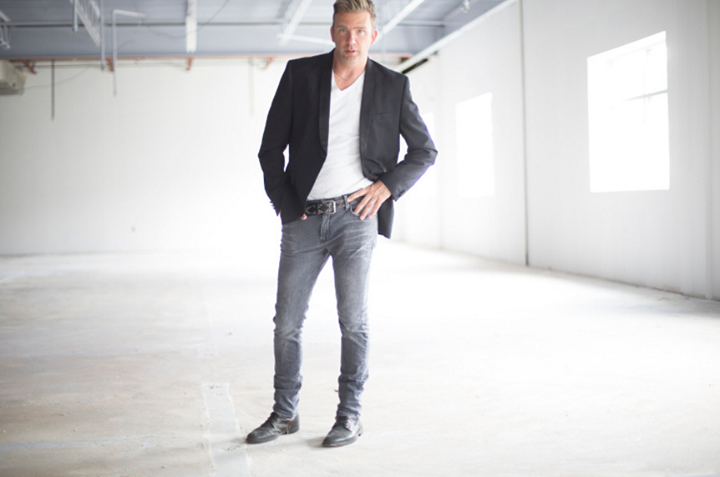 Chris Trapper
“Since the split of the Push Stars, one of Boston’s brightest pop bands of the past two decades, singer-songwriter Chris Trapper has developed into a prolific, captivating artist with a unique musical voice. His 10th solo record accentuates his unerring melodic instincts and thoughtful narrative skill. As the title suggests, the love songs here are postcards from the road, filled with yearning and devotion. The lyrics’ wounded soulfulness is grounded by the slightly weathered edge Trapper’s voice has acquired with age. The best songs (“Symphonies of Dirt & Dust”) are buoyed by his telling eye for details, wit, and subtly defined hooks.” Ken Capobianco – The Boston Globe

CHRIS TRAPPER began his career as the front man for late-90’s alternative rock band THE PUSH STARS (Capitol Records). With four CD releases and several high profile national tours — including a run with Matchbox Twenty — The Push Stars served to establish Chris as an authentic talent.

As a singer /songwriter, Chris is most known for his original song THIS TIME, the #1 selling song on the Grammy nominated soundtrack for AUGUST RUSH (Robin Williams, Jonathan Rhys Meyers /Warner Bros Pictures). His music can best be described as lyrically driven roots-pop with a knack for telling everyday stories.

The new CD SYMPHONIES OF DIRT & DUST is a collection of 12 songs written and performed by Chris Trapper and Produced by Jason Meeker at Silver Top Studios, Boston, MA. Guest musicians include Dan McLoughlin of The Push Stars on bass and NYC singer/songwriter Amy Fairchild on harmonies.

“I have to mention Jason, the producer of Symphonies of Dirt & Dust. He is my old friend, who not only worked the clubs in rock bands but also worked for Geffen records in their heyday, so he has a good sense of the music business as a whole. What I love about Jason is that he is absolutely obsessed with his craft and getting songs right.

Every record tells a story. For me, much more than gimmicks, my albums are like diary entries, or truthful accounts of where I’m at in life. I suppose that might be the same for most songwriters, but in the spectrum of the music business, it’s still an animal that’s nearly extinct.” Chris Trapper

In the Spring of 2013 Chris performed a duet with his songwriting idol JOHN PRINE at the Portsmouth Songwriter Festival.

“It’s an incredibly rare musician, particularly in the world of popular music, who is able to forge a career based on quiet dignity and steadfast integrity.” The Buffalo News

Trapper’s live show is a favorite among fans of alt–acoustic music. His on–stage persona is warm and inclusive, his organic understanding of classic pop melody, infectious. Audience members seem to particularly appreciate the lighthearted moments with the ukulele.

“His humble sense of humility is what makes Trapper’s songs so strong… He makes you feel like you are the person he’s singing about.” Popdose

Chris Trapper music can be purchased from iTunes or CDBaby

You can listen to the full Discography on Spotify