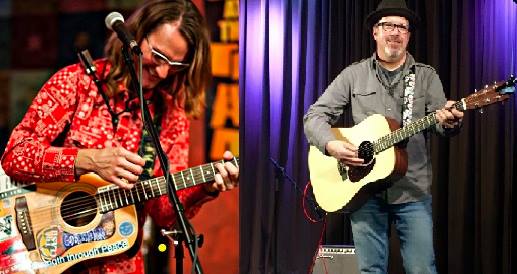 Suggested Donation – $10 at the door

Fred Gillen Jr
NYFA (New York Foundation For The Arts) grant recipient Fred Gillen Jr has released nine full-length albums, to great critical acclaim, and has toured all over the U.S. and Europe. His songs have been featured on ABC’s “All My Children,” NPR’s “Car Talk,” CMJ’s New Music Marathon Sampler, and in 2012 his version of Woody Guthrie’s “I Ain’t Got No Home” was featured on “Pete Remembers Woody,” a collection of Pete Seeger’s spoken stories about Woody Guthrie. Like Guthrie, his songs often reflect the struggles of the marginalized and forgotten, shining a light on both the despair and hope in the human condition.

Scoot Horton
“Old Punks Don’t Die, They Go Country” is not only a line in one of Scoot Horton’s songs, but it describes Scoot as well. After spending 20 years playing and touring in various punk bands Scoot unplugged his guitar and went acoustic, releasing his debut CD “Six 2 Seven” to positive reviews in 2015. Scoot spent much time in the New York City Hardcore Punk scene, some of that influence naturally comes out in songs like “Life and Hope” and “Bank Man.” And people have noticed. He has been described as the Sex Pistols meet Woody Guthrie. Scoot plays folk/country as he hears it and what he writes comes with an edge. He calls it Outlaw Folk. Which is short, sweet, and to the point.