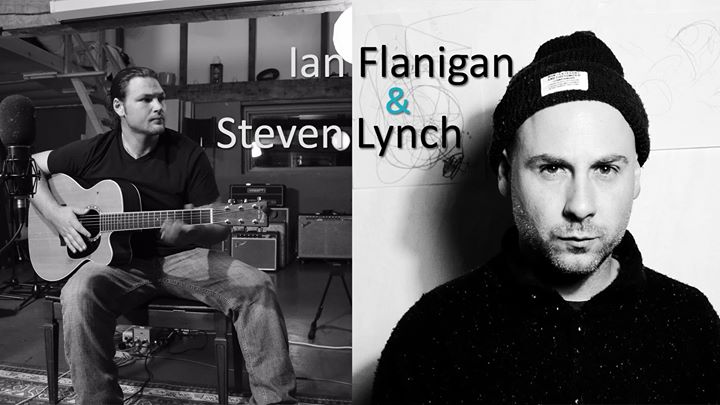 HVSS Music Night brings Ian Flanigan and Steven Lynch to the stage this month – one week early to accomodate your Thanksgiving feasts.

Capacity is 85 so come early!

Angled street parking is available on the opposite side of the road/Old Route 28 – please park carefully as to conserve spots!

Born and raised in Saugerties, NY, Ian has recently returned from a solo tour of the Southern U.S. in support of his most recent release “Lead Feather”.

Before his solo venture, Ian Flanigan was fronting a band called “the New Creek People”, a local Hudson Valley based group. He’s been slowly building up a following up and down the east coast and Colorado, and has recently teamed up with a new artist manager for a summer 2016 run of performances. Ian is currently working on his second studio album to be released in early 2017.

The music of composer/keyboardist/songwriter Steven Lynch finds it’s voice in the bridging of styles and expression. Lynch’s songs and instrumental pieces inhabit a cross-over genre that reverberates the composer’s diverse musical upbringing and evolution.

At times in Lynch’s music there is a freedom and looseness that feels like jazz with driving bass line ostinatos over colorful melodic solos, but then he’ll make a turn towards art-song like meditations, where contemporary classical, electronic, nu-folk and art-rock collide.

There is also a cinematic vibe to Lynch’s music that tells a story and creates a space where the abstract drama of the music mirrors the poetry of his verse.

Steven Lynch performs his music across the globe from Europe to Japan and throughout the US. He has performed his music at both major classical and rock festivals.
Lynch is currently based in Woodstock, NY where he has established a music production studio and teaching studio for piano and composing open to all ages.