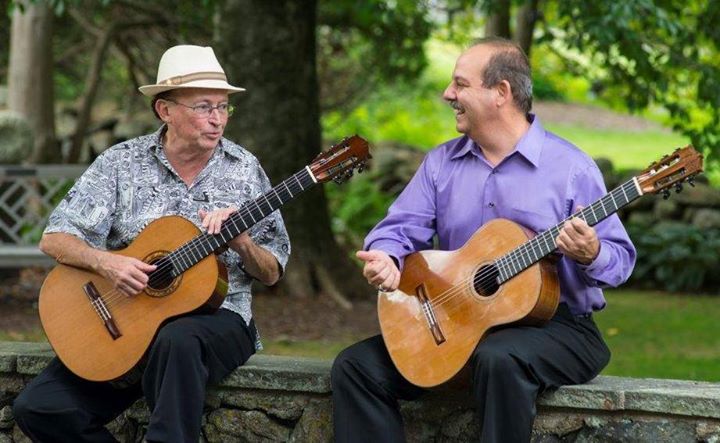 Barbosa Lima and Larry Del Casale are celebrating 11 years of performing as a Duo. Their concerts in Europe and America have been hailed as guitar events that take you away from the everyday classical guitar recital into the swing of the Brazilian musical world.

Acclaimed internationally as one of the world’s leading guitar masters, ZOHO recording artist, Carlos Barbosa-Lima is recognized throughout the world for his extraordinary skills as a performer and arranger of a wide variety of music for the guitar. His most recent recordings, “Frenesi”, “Siboney” and “O’Boto”, have been met by critical acclaim and feature the rich cultural heritage of Latin American music combined with Barbosa-Lima’s stunning arrangements.

On April 12, 2013 Carlos Barbosa-Lima, along with Larry Del Casale, and the Latin Grammy winning quartet the Havana String Quartet, released; “Beatlerianas” which was nominated for a Latin Grammy Award in 2013.
Admission $10