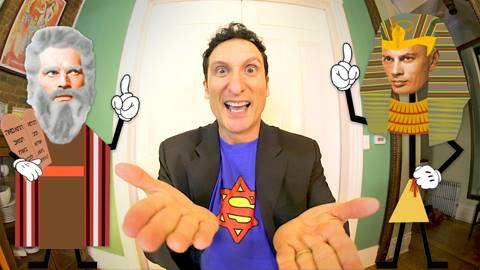 His classic Passover song “They Tried To Kill Us (We Survived, Let’s Eat)” has been featured on NPR’s Fresh Air with Terry Gross. Altman has twice performed for The President at the White House Chanukah Party, he has shared concert stages with Billy Joel, Steve Miller, Whoopi Goldberg, Jon Stewart, Jay Leno, Joey Ramone and Moby, and he has recorded with artists as diverse as XTC, John Cale, Richie Havens and They Might Be Giants.

NOTE: JEWMONGOUS welcomes all faiths and creeds but is not appropriate for children unless you’re training them to be sailors.