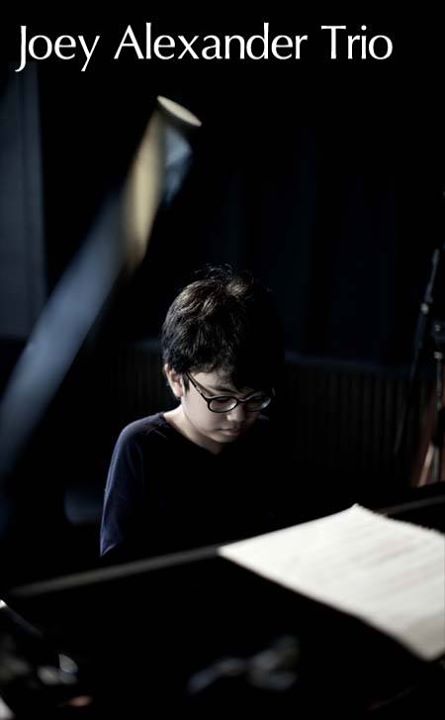 An extraordinary and uniquely gifted pianist from Bali, Joey Alexander marked his recording debut with the release of “My Favorite Things,” nominated as Best Instrumental Jazz Album for the 2016 Grammy Awards.

Joey brings a delicate, profound and soulful touch to his own interpretation of such classics as “My Favorite Things,” “Giant Steps” and “Over the Rainbow” and showcases his talents as an arranger, composer and bandleader. His “Giant Steps” earned a 2016 Grammy nomination for Best Improvised Jazz Solo.

Joey Alexander taught himself to play piano by listening with his father to classic jazz albums. An amateur musician, Alexander’s father soon recognized his son’s gift for jazz, as his technique and ability to grasp complicated musical concepts was beyond someone of his years. Due to the lack of jazz education where he lived, Alexander began attending jam sessions with senior musicians. From there, his musical intuition flourished, as did his love of playing jazz.

In recognition of his talent, UNESCO invited Alexander to play solo piano in honor of his jazz idol Herbie Hancock, who provides enthusiastic support to Alexander’s budding career. Through festival appearances and awards for his improvisational brilliance, the world has taken notice of this phenomenal and exciting pianist with the astonishing technique and soulful sound.

Joey has performed for Herbie Hancock, Bill Clinton and Barack Obama. In 2014, Wynton Marsalis invited Alexander to play at the Jazz at Lincoln Center’s 2014 gala, which made him an “overnight sensation”, according to the New York Times. Alexander won the Grand Prix at the 2013 Master-Jam Fest, and performed at the Montreal and Newport Jazz Festivals in 2015.

Alexander is the first Indonesian act to enter the Billboard 200 chart in the United States, where “My Favorite Things” debuted at number 174 on the week ending May 30, 2015, re-entered and peaked at number 59 in January 2016.