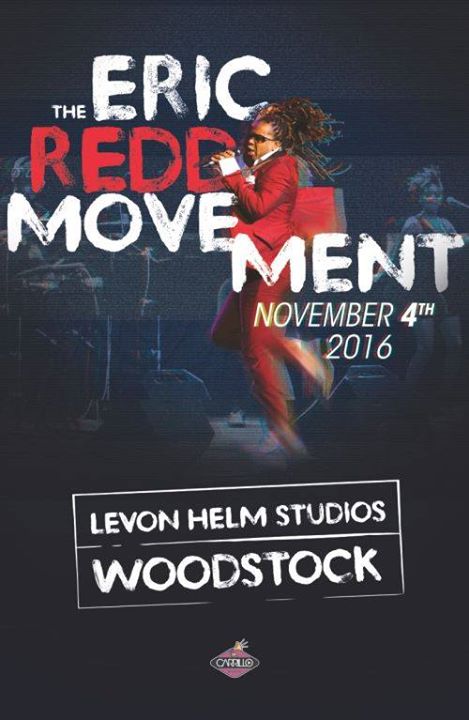 Eric Redd first gained attention at the age of 12 as one of the youngest dancers on the LA club scene when he was discovered by one of the nation’s top choreographers.

While on tour in Europe as an apprentice, Eric worked as a session singer for Global Records in Germany. During this time his vocal prowess caught the attention of a producer working at Jive Records in England which quickly led to his first recording deal as a solo artist. Upon his return to the United States Eric began writing and recording compositions for television and served as a music supervisor for Black Entertainment Television (BET) in the new programming department. He continued performing, touring, and recording with artists as diverse as K.D. Lang, Coolio, The Sara Lee Band, and Ani DiFranco. Encouraged by many to audition for theatre, Eric soon found success as a Broadway performer with fans and critics responding favorably to his appearances in Cats, La Cage Aux Follies, Body and Soul, and Starlight Express. His performance in the Los Angeles production of Dreamgirls was critically acclaimed.. His live show has been the featured New Year’s Eve entertainment in Las Vegas, sharing the stage with an A-list artist roster including Andrea Boccelli, Harry Connick Jr., Kool and the Gang, Lionel Richie, and Cirque de Soleil. Eric has also been a featured performer opening for Paul McCartney, The Pointer Sisters, Dionne Warwick, and Thelma Houston. In 2008, while completing his first full length CD entitled, “Across the Water”, he was asked to join original “Chicago” drummer and songwriter Danny Seraphine’s band, CTA as the lead vocalist. With the 2010 spring release of, “Breathe” and a fall release with CTA, Eric Redd is primed to step into a whole new stratosphere of entertainment and success.