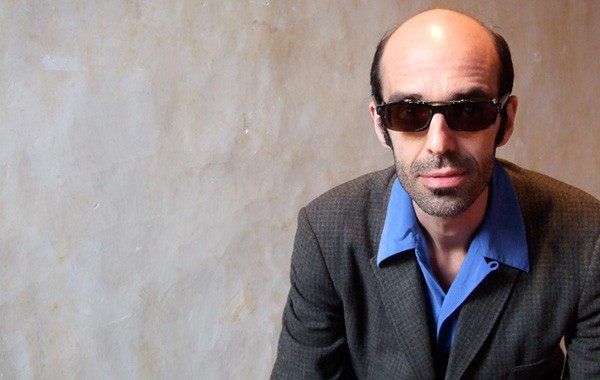 “In the right hands an alto saxophone can emit airy sounds that are buoyant and light and move smoothly across any disturbances that might intersect their paths. New York reedist Michaël Attias is a fluid, inventive improviser whose performances are marked by that deft and nimble touch. He’s one of the more overlooked musicians on the improv-jazz scene.”

“So when is Attias getting his MacArthur?”

Quinn’s proud to present in his first appearance at the Monday jazz sessions the gifted alto saxophonist and composer Michaël Attias and his NMN Trio, featuring Noah Garabedian on bass and Nathan Ellman-Bell on drums. No cover, donations for the musicians are requested.

The product of migrations spanning North Africa, the Middle East, Western Europe and the American Midwest, Michaël Attias was born in Haïfa, Israel in 1968 and spent the first part of his childhood in Paris, where he attended the music conservatory and studied violin for a brief period. His family moved to Minneapolis in 1977. An early passion for the music of Miles Davis, Charlie Parker, Thelonious Monk, Ornette Coleman led him to start playing the alto saxophone at the age of 15 under the guidance of great Minneapolis saxophonist and composer Pat Moriarty, while attending the Children’s Theatre School. Avid for adventure and experience, he graduated from high school as a junior and traveled for a year in Europe before enrolling at New York University as a Film and Music student. Somewhere in between, he had the great privilege of taking a couple of lessons with Lee Konitz. Judging that school was interfering with his education, he dropped out after the spring semester, went back to Paris for a year where he wrote a novel called Twines of Colesion (1000 pages thankfully destroyed), came back to the US for an eight-month cross-country trip that took him from New York City to San Francisco via Mexico, and returned to Paris in 1989 where he became bartender at the IACP, a music school founded by legendary bassist Alan Silva. There he met such heroes of the ex-pat scene as Steve Lacy, Sunny Murray, Frank Wright, Bobby Few and others. He recorded with a pianoless quartet dedicated to the music of Thelonious Monk, Four in One (In Situ 1992), made his first album as leader and composer with a quintet of French musicians (released on Igal Foni’s For Elevators/Jazzis, 1993). In January 1993, at the prompting of Anthony Braxton, he moved back to the US, sat in on his classes at Wesleyan University for one semester and finally moved to New York the following winter.

As a leader, Attias has released five critically-acclaimed albums since 2005: Credo, Renku, Renku in Coimbra, Twines of Colesion and, in 2012, Spun Tree. As a sideman, he has performed and recorded all over the world alongside some of today’s most compelling musicians: Anthony Braxton, Paul Motian, Anthony Coleman, Masabumi Kikuchi, Tony Malaby, Ralph Alessi, Oliver Lake, Tom Rainey, John Hébert, Nasheet Waits, Sean Conly, Ken Filiano, Kris Davis, and many others.

Michaël Attias has also established himself as creator of live musical scores and sound designs for theatre including, since 2008, five collaborations with legendary director Robert Woodruff: Chair, Notes From Underground, Battle of Black and Dogs, Autumn Sonata, and In a year With Thirteen Moons. These were produced at such prominent New York and regional theatres as Yale Repertory Theatre, La Jolla Playhouse, Baryshnikov Arts Center, and The Duke on 42nd Street.

Michaël Attias was named a 2000 Artists’ Fellowship Recipient of the New York Foundation for the Arts and was awarded a MacDowell Arts Colony fellowship in Fall 2008. From 2003 to 2008, he curated the critically acclaimed and highly successful new music series, Night of the Ravished Limbs, at Barbès in Brooklyn, welcoming a wide array of established names such as Barre Philips, Tim Berne, Mark Helias, Jason Moran, as well as an impressive list of rising New York talent including Mary Halvorson, Eivind Opsvik, Gerald Cleaver, and many more.

“Noah Garabedian’s sextet deals with concepts of polyphony, harmony, and counterpoint that embody the best aspirations of jazz from its beginnings.”
– The New York City Jazz Record

A native of Berkeley, California, Noah Garabedian holds a BA in Ethnomusicology from the The University of California Los Angeles, and a Master’s in Music Performance from New York University. In 2006 he was awarded a John Coltrane National Scholarship, and in 2007 was selected as a finalist for the Thelonious Monk Institute of Jazz graduate program. In March of 2011, Mr. Garabedian was selected to participate in Brad Mehldau’s master class at The Weill Music Institute at Carnegie Hall, and in June of that same year was selected as a finalist in the ISB Double Bass Competition.

As an educator Mr. Garabedian currently works with the music outreach program at Jazz At Lincoln Center called Jazz For Young People. He is also currently part-time faculty at The New School in New York City and works as a teaching artist with the New York Pops. In the past he has served as adjunct faculty at NYU, taught with The Weil Institute at Carnegie Hall, the Brooklyn Friend’s Summer Jazz Camp, Stanford Jazz Camp, and participated in the music outreach program between UCLA and the Los Angeles Unified School District.

As a sideman, Mr. Garabedian has worked with Ravi Coltrane, Josh Roseman, Ralph Alessi, Andrew D’Angelo, Myron Walden, Nir Felder, Frank LoCrasto, Silver City Bound, Julian Pollack, as well as his own sextet Big Butter And The Egg Men. In March of 2014, Mr. Garabedian represented the US State Department on a seven-week tour of Southeast Asia with Silver City Bound, where they performed for the public, and taught workshops on music in several countries.

Nathan Ellman-Bell is a drummer, composer and educator with a background in classical percussion and jazz. He is a graduate of the Idyllwild Arts Academy and the Peabody Institute of Music where he earned a Bachelor in Jazz studies. He has performed with such jazz luminaries as Michael Formanek, Uri Cane, Dave Douglas and Sam Rivers among many others and performed at numerous jazz festivals around the world. Nathan has extensive experience as a drum teacher having previously taught at the Baltimore School For Drums as well as privately in his home studio. Nathan now lives in Brooklyn, New York where he plays regularly with his own bands and keeps busy as a side man.