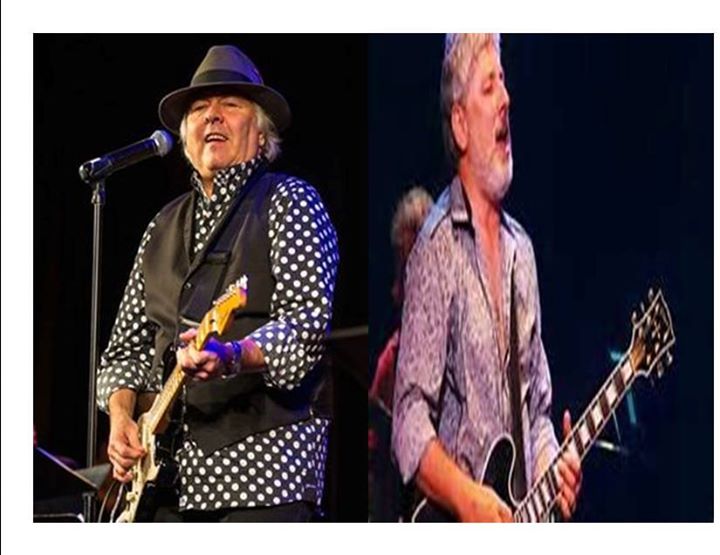 FEATURING, ROCK N’ ROLL HALL OF FAMER AND FOUNDING MEMBER OF THE RASCALS! “GENE CORNISH” AND THE “BOBBY BANDIER’S BAND”

Songs include “Good Loivn”, “People Got to be Free” and “How Can I be Sure” and many, many more!!

Gene Cornish,
By 1959, he was 15 and had earned a reputation as a talented guitarist. By then, he was fronting his own band, Gene Cornish & The Satelites, with boyhood friend, Pat Proietti. While attending Ben Franklin High School, he started a vocal group called The Nobles, and eventually put out a few records under his own name.

In 1964, he moved to New York City and was doing double duty in Joey Dee & The Starliters, (who had hit the top of the charts a few years earlier with “The Peppermint Twist,”) and his own group, The Unbeatables. The Unbeatables had a novelty hit with a Cornish song called “I Wanna Be A Beatle.” but lasted only a year.

It was in the Starliters that Cornish met singer and keyboard player Felix Cavaliere, and singer Eddie Brigati. All three left to form The Young Rascals with drummer Dino Danelli. After a short few months playing the NY club scene, the explosive R&B flavored rock band was signed by Atlantic Records.

The band was merely a few months old before critics and fans alike, started to recognize The Rascals. They soon became known as one of the best live bands in America.

Before 1965 was over, the group would start releasing a string of hit songs that would continue for six years….
“Ain’t Gonna Eat Out My Heart Anymore;”
“Good Lovin’”
“You Better Run”
“I’ve Been Lonely To Long,”
“How Can I Be Sure,”
“A Girl Like You,”
“ It’s Beautiful Morning.”
“Groovin’”
and the hopeful anthem., “People Gotta Be Free,” which
was written in reaction to the murder of Martin Luther King, Jr. The song obtained a double meaning when Robert F. Kennedy was assassinated before the single was released. It went straight to the #1 position, where it stayed for an astounding five weeks.
In the end, Gene had 18 hits with The Rascals.

But the group’s biggest successes were soon followed by its gradual demise. Brigati left in 1970, and Cornish followed in 1971. The remaining Rascals went in
a jazz rock direction, but Cornish stayed true to his love of rock and roll.

He re-emerged in 1973, with Dino Danelli in a band called Bulldog, and the pair remained together through a second rock band, called Fotomaker. While both bands had some memorable music, neither could match the commercial success of classic Rascals line-up.

The Rascals reunited for one tour in 1988, and then split into two different versions among differences with the members. Eventually, the members resolved their issues and, in 1997, were inducted into the Rock N Roll Hall of Fame. Gene Cornish reunited with the other 3 Rascals in 2010 for a star-studded benefit show. In 2013, Cornish a full-blown Rascals reunion finally happened. Gene participated (with the original Rascals line up) in the acclaimed stage production: The Rascals- Once Upon A Dream,
which toured North America after a sold out run on Broadway. Gene is a charter member of The Rochester Music Hall of Fame, class of 2012. and returns home yearly for his annual Thanksgiving Jam Session at Rochester’s House of Guitars. From Bruce Springsteen to John Mellencamp, Gene Cornish has influenced many of today’s biggest rock stars, and he continues to weave the fabric
of America’s popular culture

Bobby Bandiera is an American rock guitarist, singer, and songwriter from New Jersey. Bandiera plays rhythm guitar for Bon Jovi in live performances and was lead guitarist for Southside Johnny and the Asbury Jukes.

Bobby says this about himself in true Bobby fashion: