The Hollywood Allstars 2017 Kick Off 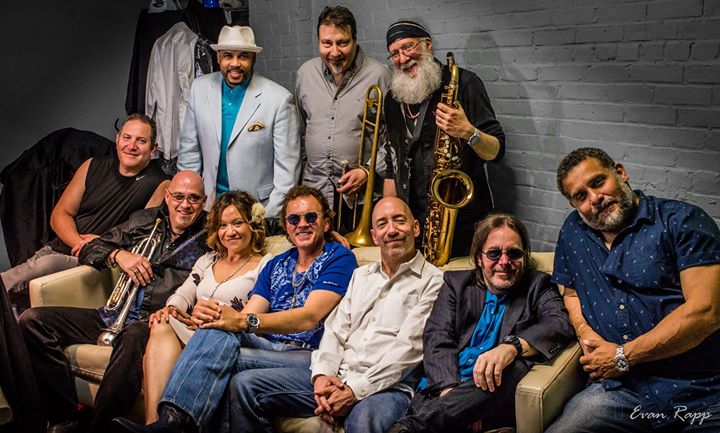 The Hollywood Allstars return to The Acoustic
in the Historic Section of Black Rock
Friday January 20th at 8:00 PM.

Take advantage of this rare opportunity to see and hear musicians who’ve performed with Sting, The Allman Brothers, Sypro Gyra, James Brown, Celine Dion, Stevie Wonder, Tower of Power, Blood Sweat & Tears and Sheryl Crow (to name just a few), in the intimate setting of one of Fairfield Counties great new Music Rooms, The Acoustic, located in the historic section of Black Rock.

Led by Grammy Nominated Songwriter/Producer/Keyboardist & Former Epic/CBS Recording Artist “Hollywood” Steve Gaspár, The Hollywood All-star Band is a 11 Piece Collection of musicians whose credits read quite literally like a “who’s who” in Contemporary Music. All too often the term “All Stars” is used when referring to a band, but it this case the moniker truly applies. The band is led by classically trained pianist “Hollywood” Steve Gaspár on Hammond Organ and Piano, who in addition to having played & recorded with such notable “Pop/R&B” artists as B.B. King, Edgar Winter, James Brown, Peter Criss (from KISS) and Liberty DeVito from the Billy Joel band, has also appeared as piano soloist with the New Haven and Bridgeport Symphony Orchestras. In addition, Steve has written songs that can be heard on American Idol, ABC Extreme Makeover Home Edition, and numerous artists’ albums domestically and internationally.

*Why not give tickets to this show to all your Music Loving Friends as a very Unique Christmas Gift!

Tickets may be purchased on-line, or by calling The Acoustic Box Office: