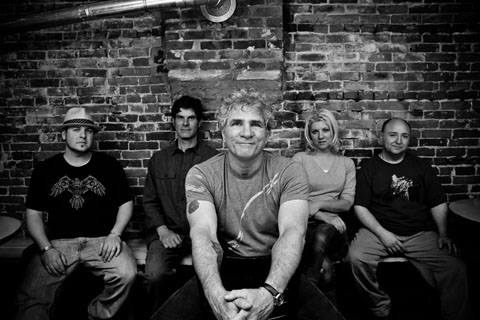 Through the late ’90s and into the 2000s, The McKrells brought their brand of Celtic-influenced “folkgrass” to venues throughout the U.S and Ireland. Their formula of red-hot picking, stunning vocals and the songs of Kevin McKrell took the group to festival, coffeehouse and club stages including Carnegie Hall, Lincoln Center, The Kennedy Center, Falcon Ridge Folk Festival, Winterhawk Bluegrass Festival, The Towne Crier and others.

With The New McKrells, Kevin has once again put together an ensemble of wonderfully talented pickers:

John Kribs (guitar, vocals) toured as a member of The McKrells through the 2000s and was a founding member of Adirondack super group The Raquette River Rounders and the iconic Johnny and the Triumphs.

On mandolin, Orion Kribs of The Black Mountain Symphony is a player perfectly in step with The McKrells’ take-no-prisoners picking.

Bassist Arlin Greene toured with The McKrells back in the early days. He is of bluegrass royal blood: his father is legendary player Smokey Greene.

On fiddle is Doug Moody, from the legendary Buffalo-based The Steam Donkeys. Doug has been with Kevin since 2006; his alt-country fiddle style perfectly suits Kevin’s songs and his background vocals are a signature of McKrell tunes.