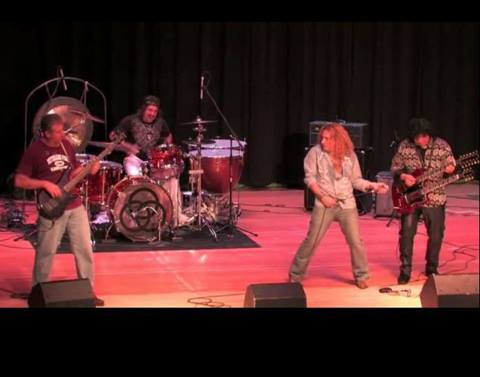 The Prezence is an authentic Led Zeppelin Tribute band that has been together for 10 years. This foursome of “brothers” formed a strong bond based on family values and the love of Led Zeppelin’s music. Their show re-creates the live sights and sounds of one of the 1970s’ greatest rock bands.

The Prezence– Chris O’Loughlin on vocals, Frank Perri on lead guitar, Ted Chmura on bass and keyboards, and Salvatore Michael DeMeo on drums–has played many venues over the years, including some fundraisers benefiting children with autism and Special Olympics; the band finds it very rewarding to help others in need.