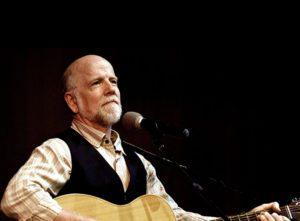 Admission is free, but donations are suggested to benefit the ACFM, whose headquarters are located in Scenic Hudson’s River House, the restored red “barn” building in Long Dock Park.

The riverfront City of Beacon has long been a cornerstone of American folk music. Now that relationship is being formally cemented with the ACFM, established one year ago to honor folk legends and to sustain the folk music process as a vibrant part of American culture. 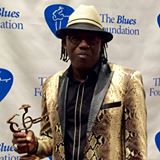 In case of inclement weather, the concert will be held at the Towne Crier Cafe, 379 Main St., Beacon.

The ACFM benefit concert has been coordinated with the Beacon Sloop Club’s annual Pumpkin Festival, which will be held the same day at nearby Pete & Toshi Seeger Riverfront Park, just north of the concert site. Both events are within walking distance of the Metro-North railroad station. Arrive early to purchase pumpkins and pumpkin pies from the Sloop Club and enjoy Festival activities from 11 a.m. to 4 p.m.

The ACFM is part of BeaconArts (www.beaconarts.org), a collaborative of cultural organizations working together to support Beacon’s creative community.

Visit www.centerforfolkmusic.org for more information about ACFM. Media inquiries may be directed to Kate Goldsmith, wordscapes18@gmail.com .

John McCutcheon: Pete Seeger said, “John McCutcheon is not only one of the best musicians in the USA, but also a great singer, songwriter and song leader.” No less a figure than Johnny Cash simply called him “the most impressive instrumentalist I’ve ever heard.” McCutcheon’s 30-plus recordings have garnered every imaginable honor, including five Grammy nominations. He is considered the most influential hammered dulcimer player in the country.

Tom Chapin: In a career that spans five decades, 24 albums and three Grammy awards, multi-talented singer/songwriter/guitarist Tom Chapin, a Hudson Valley resident, has covered an incredible amount of creative ground. In addition to his work as a recording artist and concert performer, Chapin has acted on Broadway and worked extensively in films, television and radio.

Joe Louis Walker: Multiple Grammy and WC Handy Award winner Joe Louis Walker is one of the most heralded blues artists of our time. Walker has recorded with BB King, James Cotton, Bonnie Raitt, Taj Mahal, Branford Marsalis and Ike Turner. Walker has become an international ambassador for the blues overseas, having played at countless festivals throughout Europe, South America, Australia, the Middle East and Asia. Walker is already being referred to within the blues world as a “living legend.” However, as Walker himself would say, “the best is yet to come!”