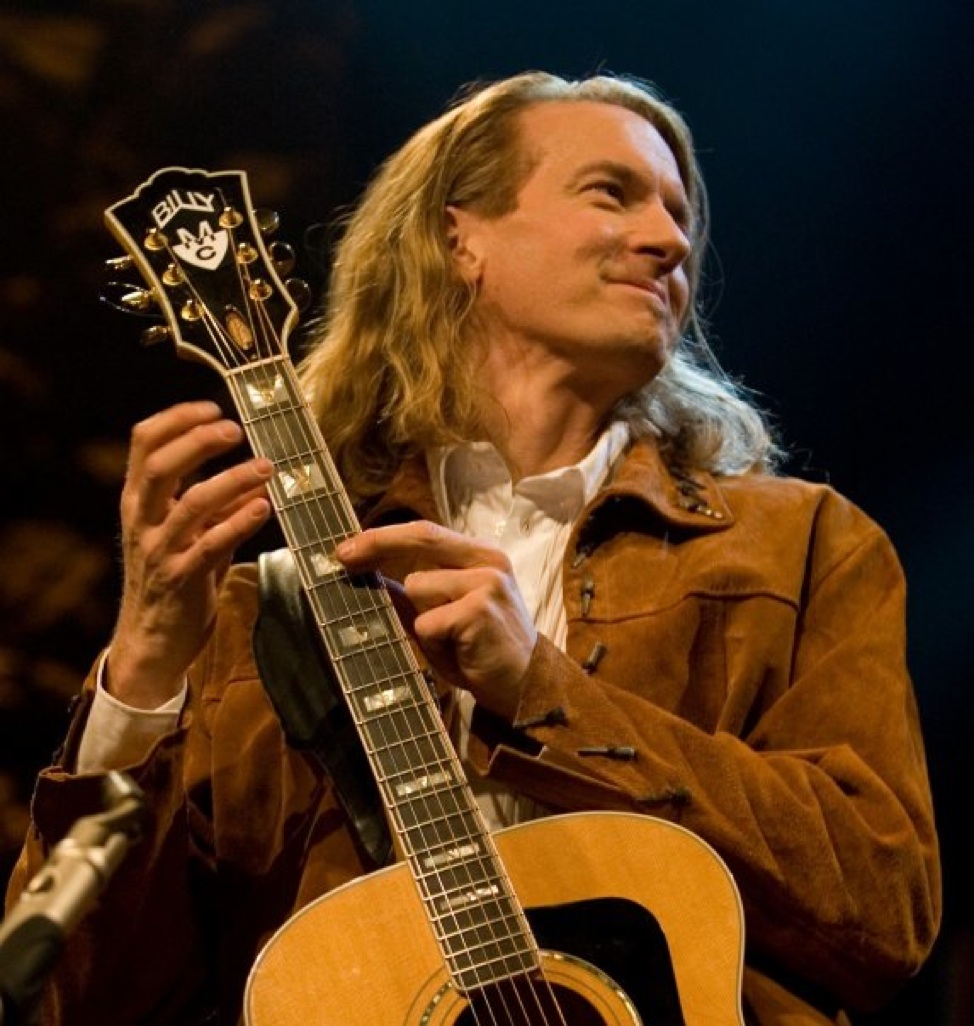 But in 1999 McLaughlin vanished from sight as his career crumbled due to a little-known neuro- muscular disorder called Focal Dystonia. After suffering several years without a cure or even a diagnosis, this right-handed guitarist embarked on an unlikely attempt to regain his career by re- learning his instrument….left-handed! His remarkable comeback is captured in the independent documentary film “Changing Keys” (seen on PBS stations in 2010) and a concert film called “Coming Back Alive” featuring McLaughlin with string orchestra and a reunion of his longtime rock band. KPBS (San Diego) produced the 2013 Emmy Award winning live concert program called “Starry Night – Billy McLaughlin with Orchestra Nova” highlighting McLaughlin’s extraordinary talent as both guitarist and inspirational speaker.

Now serving as Ambassador for Awareness for the Dystonia Medical Research Foundation, McLaughlin is the winner of the 2010 Public Leadership in Neurology Award, whose previous winners include Paul Allen, Julie Andrews, Leon Fleischer and Michael J. Fox.

McLaughlin has resumed an international schedule of concert appearances and keynote speaking. He resides in his home state of Minnesota where he is proudly raising two boys.

Patrick Cummings is slated to open the show. According to Cummings, “I played this legendary venue over a decade ago with Jonathan Brooke as a right-handed Billy. To be playing again for the first time as a left-handed Billy is beyond my wildest dreams! Hope to re-connect with all my long-time fans in the area who have been waiting for my return to the Towne Crier!”.

Tickets are $20 advance and $25 at the door. Visit www.billymclaughlin.com for more information.