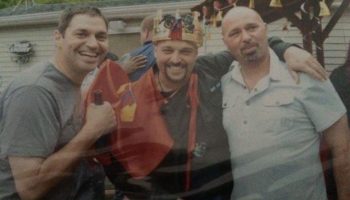 The party is open to the public, and will begin at 1:00 PM. All bikes are welcome and 100% of proceeds will go directly to the DeCarlo family.

Registration/door fee includes a pig roast, buffet, dunk tank, mechanical bull rides, beer garden and live music entertainment by The Jason Gisser Band. There will also be a 50/50, a variety of vendors and an ice cream truck. 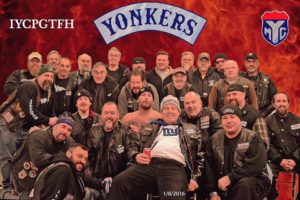 ABOUT THE YONKERS MC:

Yonkers MC is the Oldest Motorcycle Club in the world. The Club dates back to the late 188o’s, and was originally called the Yonkers Bicycle Club. When Harley Davidson began making motorcycles in 1903, the Club changed its name to the Yonkers Motorcycle Club.

In the summer of 2003 both the Yonkers Motorcycle Club and Harley Davidson celebrated the 100 year anniversary of their relationship.

When the American Motorcyclist Association (A.M.A) was formed in 1927, Yonkers Motorcycle Club was given the charter No. 6 and in 1952, the Club was incorporated in New York State. Back in World War II, Y.M.C was the second Motorcycle Club in the United States to serve as a Civil Defense messenger unit in the city of Yonkers.

The Club has always kept an active status in the A.M.A, and sponsors an A.M.A. Sanctioned Road Run every year (usually a Poker Run). The Club’s most popular run to date is the Joe Cool Memorial Run to honor “Brothers lost”. The Club also hosts a popular Toy Party, with the toys donated to children in need, a Chili Party, and a Spring Break Out Party. 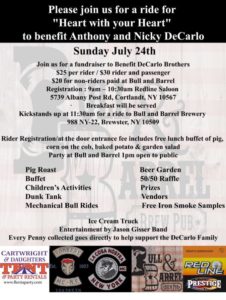