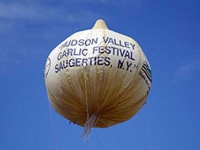 The event will consist of a variety of chefs and lectures, vendors, local farmers, food, activities for kids and live music.

Annie and the Hedonist

Folksy, wide range of acoustic standards, gospel, labor ballads, early jazz and blues. Annie and the Hedonists has a strong lead singer with the harmonic backup that make for a popular act.

Performances that showcase an impressive array of instruments, including fiddle, guitar, hammered dulcimer, mountain dulcimer and banjo. He writes his own songs based on personal experiences and sings about family, good feelings and home. Come enjoy a fun, interactive performance by an impressive musical talent.

Perform an ancient dance that was traditionally used in the Spring planting time, with the bells, whistles, and pounding sticks of the dancers driving the evil spirits from the newly plowed fields. And again the dancers will be performing their celebration of the harvest.

Is a 21st century incarnation of the traditional family band. The band, which was literally home grown, consists of Georgianne and Rick Jackofsky and daughters Erica and Annalee. Utilizing unique instrumentation and varied musical influences, this quartet of acoustic musicians from Rocky Point, NY has put their own stamp on traditional American music. Their repertoire consists of traditional and original music inspired by the rural string bands that recorded during the 1920s and ‘30s, as well as all the great American roots music that followed. The family that plays together has been performing atg coffeehouses and music festivals from Maine to Missouri since 1997. At a Homegrown String Band show you will be treated to the sounds of fiddle, guitar, harmonica, mandolin, clawhammer banjo, banjo ukulele, mountain dulcimer, jawharp, and old time family style singing, as well as some percussive flatfoot dancing as The Homegrown String Band takes you on a rollicking ride through the sounds of American music, from the driving rhythms of old-time dance tunes to the mournful sounds of mountain ballads and blues.

As a full-time, professional folk musician, Rich performs at coffeehouses, concert series, festivals, museums, schools, libraries, historic sites, and community events throughout the Northeast. With his guitar, harmonica, and dulcimer, Rich takes you on a musical journey to a time long ago, but not far away. Along the way, you’ll hear songs from the homes, farms, lumber camps, waterways, and communities of the Hudson River Valley, and the Catskill and Adirondack Mountain regions. His songs come from the people who  lived, worked, and played in this area from the Colonial Period to more recent times. Whether it’s an old unaccompanied ballad or a recently written song that reflects  a way of life that has vanished, Rich sings about the lives of the “common folk”, and the events and traditions that form the roots and shape the legacy of our culture and heritage.

Arm-of-the-Sea Theater creates contemporary works of mask and puppet theatre. Their large-scale productions combine visual storytelling with live music in a potent style of magical realism. They fuse the arts, natural sciences, history and current events into multi-layered performances accessible to audiences of many ages and walks of life. Founded in 1982 by Marlena Marallo and Patrick Wadden, Arm of the Sea presents an average of 85 performances each year at performing arts centers, festivals, schools and special events throughout the Northeast and beyond. The company has become best know for shows that illuminate links between human communities and the life-support processes of the planet. They also conduct theater arts residencies and host an annual summer performance event, the ESOPUS CREEK PUPPET SUITE, in Saugerties, NY. In addition to the artistic vision of Marallo and Wadden, the company is shaped by the talents of composer/musicians Dean Jones, Dennis Yerry, Juan Basilio Sanchez and Thomas Workman, designer Jean Whelan and performers Carl Welden, Cathy Muller, Leeanne Richards, Zoe Rowan and Eli McNamara. Watching an Arm-of-the-Sea performance, one is struck by the visual poetry; by the elemental presence of the puppet characters; by the magical transformations; and by the live music that imbues each performance with lyrical energy.

The husband and wife team of Sondra Bromka and John Bromka. They perform on a wide range of period instruments (many researched and reconstructed by the artists themselves!) Authentic music and a world of rare instruments are featured in the artists’ original theater works, folk operettas, music & dance workshops, and participatory musical storytelling performances for all ages. The duo “BELLS & MOTLEY OLDEN MUSIC” is best known for the wonderful collection of historic and traditional instruments they have amassed, both from Early American and European musical traditions. All acoustic, instruments range from Medieval to Trad Folk to World Music. Here are just some of the instruments they enjoy playing at their concerts: two or three different types of bagpipes (both loud and soft), Celtic harp, Hurdy Gurdy, Swedish keyed fiddle “nyckelharpa,” lute and recorders, guitar, fiddle, early versions of the mandolin, button accordion, and hammered dulcimer. And of course, their voices – Sondra and John love to sing!

Since 1990, the Bondville Boys have played hard-edged bluegrass throughout Western New England, sharing the stage with Del McCoury, the Nashville Bluegrass Band, Buddy Cage, and the Gibson Brothers, among others. The group currently has two live records with a new studio album, “Rivergrass,” available now!

Jake Geppert, Tom Morris and Laura Molinelli have played together for over twenty years. Joined most recently by Ben Campbell and Christian Heins, they are known for their sweet harmonies, excellent musicianship, great energy and eclectic setlists. The Bondville Boys play a huge assortment of music, including a ton of original tunes and everything from Flatt and Scruggs to Blondie.

History of the Garlic Festival

In 1989, Pat Reppert of Shale Hill Farm and Herb Gardens organized the first Garlic Festival held in the Hudson Valley – and perhaps on the East Coast. It was started as a promotional event for Reppert’s fledgling herb business and for New York State grown garlic. With no paid publicity except through her newsletter, ”Notes from Shale Hill Farm,” an article in the local Kingston Freeman newspaper and word of mouth, the attendance at the first festival far exceeded estimations.

In 1990, over 425 ”garlic lovers” attended the event in Reppert’s herb gardens-quadrupling the previous year’s attendance and stretching the facilities at the farm to its limits. In 1991, tickets were pre-sold to control the crowds and Reppert had over 1500 phone calls from people who were scrambling to gain admission. At this point, she knew she had something much bigger than she could handle, so she approached the Kiwanis Club of Saugerties about adopting the festival.

In 1992, the Kiwanis Club of Saugerties held their first Garlic Festival at Cantine Field in Saugerties, New York. The pre-festival crowd estimates were 2,500 if the weather held. To everyone’s surprise, despite considerable rain, 5,000 people attended and had a great time. Again in 1993 it rained, only in the morning, and attendance more than doubled to an estimated crowd of 13,000. On the last Sunday of September 1994, the weather finally cooperated and attendance took off to over 30,000.

The festival reached its attendance peak in 1995, when the turnout was estimated at 40-45,000 garlic enthusiasts. Some logistics problems resulted, including a Thruway traffic jam and Route 9W being blocked for 11 miles or so. To control the crowds and in order to grow in a more controlled fashion, a decision was made to expand the festival to two days and to begin charging an entrance fee. As a result the first two-day event was held in 1996. 1997′s attendance was estimated at 23,000. Good weather in both 1998 and 1999 saw attendance grow to 32,500 and 34,000 respectively. The threat of rain for Saturday and Sunday caused the 2000 Festival’s attendance to drop to 19,800. Excellent weather in 2001 and 2002 resulted in huge, enthusiastic crowds of 39,500 and 46,500 respectively.

2003′s festival was a rainy affair, with an amazingly large crowd showing up on the drier of the two days, Saturday, and a good number of brave souls showed up on Sunday, despite considerable rains and a muddy Garlic Marketplace. The traffic that resulted on Saturday taught us some lessons about traffic flow. In any event, 30,000 people showed up during the weekend, to enjoy the festivities and to stock up on their favorite herb.

There may be no such thing as a perfect festival, but we all felt the 2004 festival came close. Great weather, great crowds (50,000 for the combined Saturday and Sunday), and with the combined efforts of the Kiwanis Club of Saugerties, Saugerties Town Police, Saugerties Village Police, Greg Chorvas and his Cantine Field team, and especially the New York State Police, traffic and parking went amazingly smoothly. Good music, good food, good weather, and of course all enhanced by garlic . . . you can’t beat that!

The weather was cooperative in 2005, with a little rain early on Sunday putting a glisten on what was otherwise a great weekend. There were 5 stages of entertainment for the first time, the garlic lectures moved out from their usual home in the Main Pavilion, to a tent in the West Garlic Marketplace, and people commented that they liked the change, as they could hear the lecturers better. And there were more booths than ever, with a grand total of 250 booths. The official crowd for 2005 was 46,000. The official attendance numbers for the 2006 Hudson Valley Garlic Festival were 19,000 for Saturday and 17,000 for Sunday, for a grand total of 36,000 garlic lovers. And that was with a little sprinkle of rain on both days!

For those of you who were there for the perfect weather of 2007′s festival, you were either a part of the 25,000 garlic lovers who showed up on Saturday or the 28,000 more who come through the gates on Sunday. As a result, 2007 was the largest party Pat Reppert and the Kiwanis Club have ever thrown in celebration of the garlic harvest – a whopping 53,000 attendees!

In the tradition in which it was born, the Hudson Valley Garlic Festival™ continues to be a fun celebration of the harvest of what garlic aficionados lovingly refer to as the ”stinking rose”.

The event location is at the Washington Avenue Extension in Saugerties. Daily admission at the gate is $10, no discounts are available after the festival is open. No pets, soliciting, bicycles, scooters or skate boards allowed.