(May 31, 2017) – Local Funk/Rock/Fusion band, Kung Fu will be playing at Daryl’s House Club on Saturday, June 3. Kung Fu: The Fez Tour 2017: plus ShwizZ consists of a virtuoso collective of musicians to create a two set experience that involves one set of original music and one set of material from the cult phenomenon, Steely Dan.

The music of Steely Dan is a perfect vehicle for Kung Fu. Best described from The Rolling Stone Encyclopedia of Rock And Roll – “Less a band than a concept, Steely Dan was one of the most advanced, successful, and mysterious pop units of the 1970s. Combining pop hooks with jazz harmonies, complicated time changes and cryptic, often highly ironic lyrics, the band sounded like no one else.”

Kung Fu’s virtuoso collective of musicians create a fun and exciting action- packed fusion experience. The Steely Dan catalogue will be a unique journey for fans of the Fu. They tested the waters 2 years ago at their annual Toys For Tots Benefit by recreating a full rendition of Steely Dan’s album “The Royal Scam” while inviting original members of the band to join in the performance.

The Fez Tour will run across 20 states spanning through the Northeast, Mid Atlantic, Southeast, Midwest and Colorado. Most shows will be headlining events but there are also 2 festival stops at Wanee Music Festival in Florida and Phunkberry Music Festival in Arkansas. 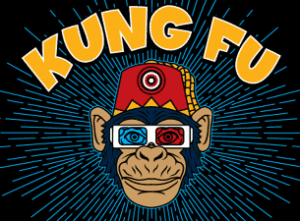 Proud to be firmly installed in the new-funk movement, Kung Fu is quickly popularizing their unique sonic contribution, blurring the line between intense electro-fusion, and blistering dance arrangements. Making fusion music “cool” again, the band draws on influences such as early Headhunters and Weather Report, and merges those ideas with a contemporary EDM informed sensibility.

Based out of Nyack, NY, ShwizZ is a unique cast of characters, Best described as a melting pot of funk and progressive rock, this giant original sound will be sure to put a smile on your face. The band’s variety and depth allows for lovely twists of improvisation and spontaneity spiked with technical prowess and musical complexity. 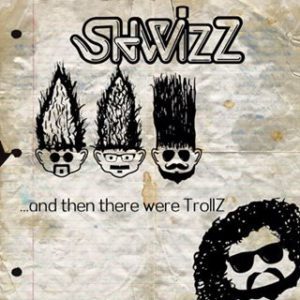 Over the years the group has shared bills with many notables including Jeff Beck, Primus, Jordan Rudess (Dream Theater), Kung Fu, Dopapod, Consider The Source and more.

Daryl’s House Club is located at 130 Route 22 in Pawling.