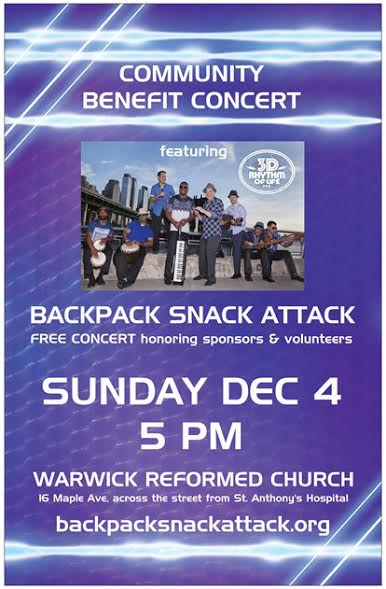 Backpack Snack Attack is a program where food is provided to local students of the Valley Central School District that can not afford to purchase food. 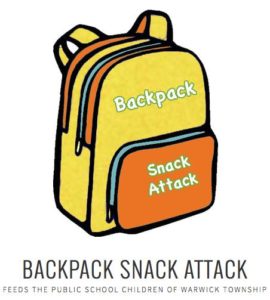 ABOUT 3D RHYTHM OF LIFE

3D Rhythm of Life is a bilingual dance band led by drummer Michael Tate. A Latin-Tropical mix of funky salsa and caribbean soul, the band’s music can be heard on the radio, television and venues worldwide. In addition, their music has been featured on Dancing With The Stars. 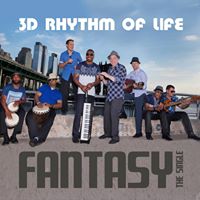 The event will take place at Warwick Reformed Church, located at 16 Maple Avenue (across the street from St. Anthony’s Hospital).