(August 25, 2016) – In 2008, Marlboro resident “Big Lee” Mazzola celebrated his 50th birthday with an epic musical throw down which would change his life and those surrounding him forever. What started as a huge birthday party has made the transition into an annual intimate three-day festival with two stages of non-stop, non-overlapping music in the scenic hills of Marlboro, NY.

From jam bands to blues, reggae to trip hop, alternative to country, this family vibe fest covers the entire spectrum of great rock and roll. After the amplified music ends each night, the whole festival gathers around the campfire to jam acoustic until morning. In the words of Big Lee, “The REAL Mazzstock starts after 2AM!”

A limited quantity of *LAST MINUTE 3-Day Passes* ARE ON SALE NOW FOR ONLY $70. CLICK HERE for more information or to purchase tickets.  This price lasts until sold out, or until later today, when online ticket sales end.

2016 LINEUP (For more information on each artist/band, simply click on their name):
Zach Deputy
Spiritual Rez
3
Gratefully Yours

WITH A SPECIAL THURSDAY PRE-PARTY LIVE @ THE FALCON HOSTED BY: The Primate Fiasco 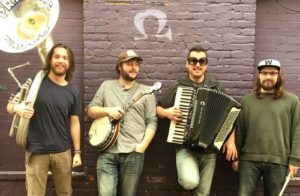 For information on the festival, or to apply as a vendor, volunteer, performance artist, or media personnel, visit: http://www.mazzstock.com/#!get-involved-1/bassv

Mazzstock Field is located at 35 Hampton Road in Marlboro. 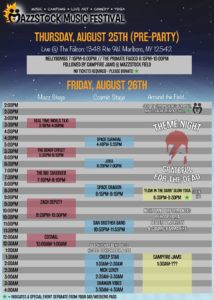 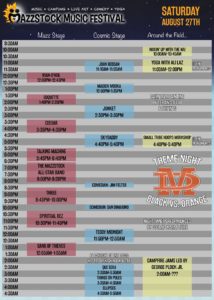 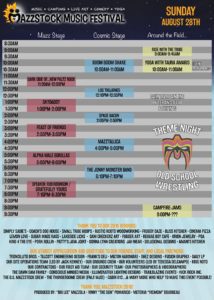