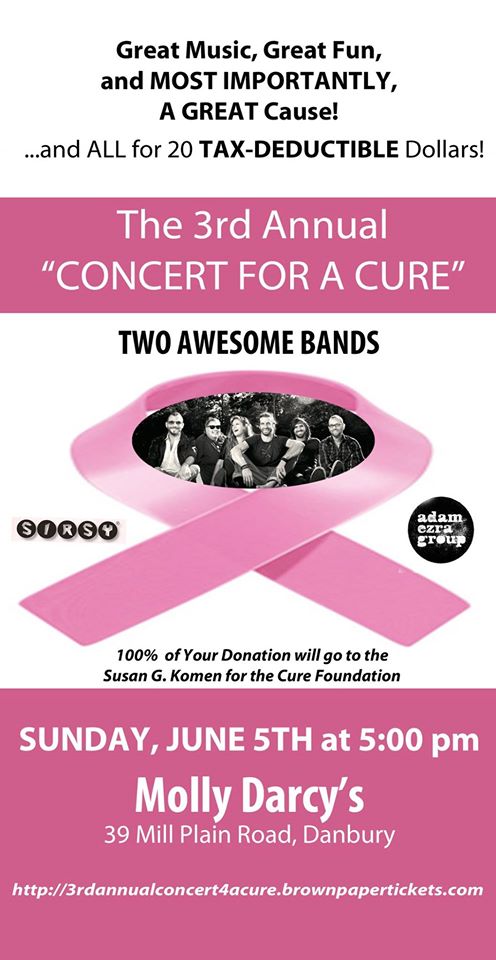 The event will begin at 5pm, and will showcase The Adam Ezra Group and Sirsy.

Tickets are $20, and are tax-deductible. All proceeds from ticket sales and donations to the Susan G. Koman For the Cure. 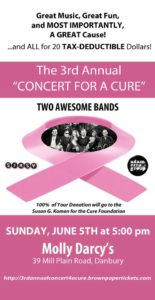