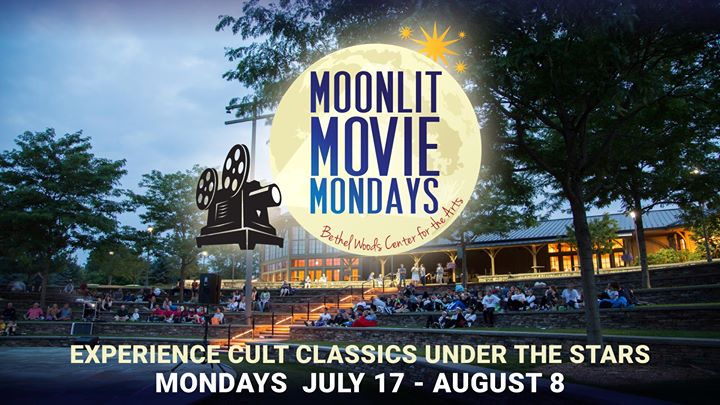 (July 29, 2017) – Every Monday evening through August 8, Bethel Woods Center for the Arts will host ‘Moonlit Movie Monday’ in which cult movie classics will be shown outdoors, under the stars.

Synopsis: Featuring performances by popular artists of the 1960s, this concert film highlights the music of the 1967 Monterey International Pop Festival in California. Although not all musicians who performed at the festival are on film, some of the notable acts include the Mamas and the Papas, Simon & Garfunkel, Jefferson Airplane, The Who, Otis Redding, and the Jimi Hendrix Experience. Hendrix’s post-performance antics — lighting a guitar on fire, breaking it and tossing a part into the audience — are captured.

Don’t miss a special introduction before the film by ‘The Woodstock Whisperer’ himself, a retired high school educator, Woodstock alumnus and a museum docent.

So, bring a blanket and some snacks, enjoy popcorn, and hang out under the stars while watching one of your favorite films.

Bethel Woods Center for the Arts is located at 24 Hurd Road in Bethel. For more information or to purchase tickets, CLICK HERE.