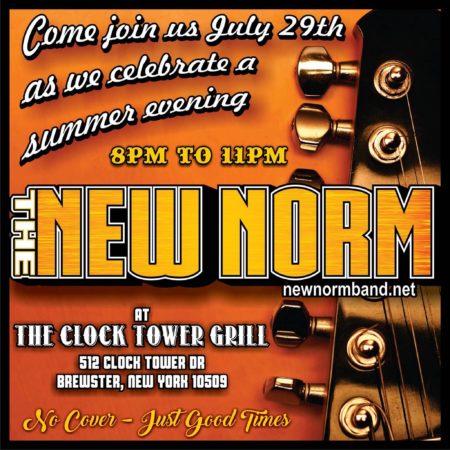 (July 21, 2016) – Since their inception in 2014, The New Norm have set out on a mission to bring art, creativity and a solid edge back into the local indie music scene. The New Norm is a 4-piece 100% original rock band based out of the Danbury area and currently performs in and around Danbury, as well as throughout Putnam County.

According to Eddie Baci, the band’s lead singer, “Our message is about moving beyond the “what was,” and embracing the “what is!” It’s about finding the power and courage to rise above adversity.” 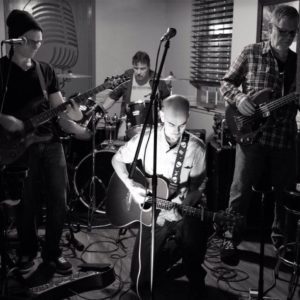 The band prides themselves as being 100% independent artists, and strives to exude a strong and powerful message to their fans about hope and resilience through their music. Influences include REM, Wilco, Tom Petty, Neil Young, and Ryan Adams.

This year, the band teamed up with the folks at Spring For Sound festival in Millerton, and have already received an invitation to perform again at next year’s event.

On Friday, July 29 at 8:00 PM the band will be performing at The Clock Tower Grill in Brewster. There is no cover, and the community is invited to join in on the fun and enjoy a summer evening of original and inspiring music.