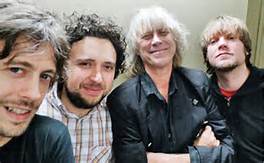 If you bought the debut album by NRBQ when it was released on Columbia Records in 1969, you might have been thrown off guard. It was representative of a musical approach that thought nothing of introducing rockabilly artist Eddie Cochran to jazz space-alien Sun Ra, nodding over to R&B legend Chuck Willis, contributing unique original songwriting, and just stomping all over the joint. Were they a revival band? A jazz fusion band? Was this rockabilly? Power pop before it was named? Americana before that was named? NRBQ were behind and ahead of the curve from the start, and that’s where they’ve remained over the past five decades, amassing a discography that is way overdue for a complete reappraisal and gathering an audience for whom the word “loyal” is far less than adequate.

There really is no other band that does what NRBQ does, something that’s beyond category, as Duke Ellington would say about his music, something that could never be pinpointed as “rock,” exactly, although that’s as good a description as any. Much has been made over the years of the band’s eclectic nature, but it has its roots in a very solid tradition of taking diverse musical strains and incorporating them into an all-encompassing vision. Elvis Presley was doing hillbilly music, blues, Rodgers & Hart right from the beginning. The Beatles covered Motown, Sun Records, and Broadway show tunes. This is the tradition that Terry Allen grabbed and ran with, and has never stopped. 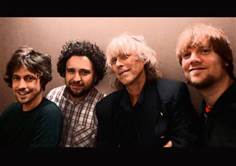 The original New Rhythm and Blues Quartet was born in Louisville, Kentucky in the second half of the 1960s, when Terry Adams (keyboards) and Steve Ferguson (guitar) came together in the Adams family home and agreed on just what kind of band they wanted to have. No rules, no boundaries, no fear. NRBQ went through a number of lineups from 1966 – 1968, after which Adams and Ferguson met up with Frank Gadler (vocals), Tom Staley (drums), and Joey Spampinato aka Jody St. Nicholas (bass) in Florida, and formed the Quintet that became the first recorded NRBQ. They were signed to Columbia Records, and recorded two albums.

After their Columbia tenure, Ferguson left and Adams, Spampinato, Gadler, and Staley were joined by guitarist Al Anderson. By 1972, Staley had departed, replaced by drummer Tom Ardolino. It was this lineup – Adams, Anderson, Spampinato and Ardolino, along with the Whole Wheat Horns (Terry’s brother Donn – who originally came up with the band’s name – on trombone and Keith Spring on saxophone) – that remained intact for two decades, releasing albums and touring incessantly, building a devoted following along the way.

The band spent most of the rest of the 20th century playing 200+ shows a year in the U.S. and Europe, and releasing albums on Red Rooster/Rounder with stopovers at a few major labels. There were live albums, and collaborations with Skeeter Davis and Captain Lou Albano, and compilations, and reissues. Along the way, Al Anderson left the group (1994), replaced by Joey’s brother Johnny Spampinato. And the band kept bouncing along on the road, including regular tours of Japan, before finally taking a break in 2004.

NRBQ has always been blessed with wonderful songwriters – Adams, Joey Spampinato, Anderson, Ferguson, Ligon, McDonough – have all written great songs, making the NRBQ songbook a one-of-a-kind treasure trove. Although none of the songs were “hits” – “Me And The Boys” (with the real-life line “Future’s no problem cause we don’t care, wherever we’re going we’ll soon get there”), “Little Floater,” “The One And Only,” “I Want You Bad” (covered by Dave Edmunds, Freedy Johnston, Dan Baird, and the Long Ryders), “Ridin’ In My Car,” (covered by She and Him), Spampinato’s “Christmas Wish” (covered by Darlene Love) to name a few – they are all, in any way that matters, classic.

And the list of illustrious ‘Q fans not only includes the likes of Bonnie Raitt and Dave Edmunds but also Elvis Costello (who’s called their debut one of the “500 Albums You Need”), Keith Richards, the residents of Springfield (NRBQ were the unofficial “house band” of The Simpsons – they not only appeared as animated characters in a Season 11 episode, but appeared as themselves in the same episode, playing Adams’s arrangement of The Simpsons theme as the end credits rolled), Harry Shearer, Drew Carey, Paul McCartney, Penn Jillette, Ian McLagan, and even a NASA astronaut, who flew a copy of “Grooves In Orbit” into space in 2009.

In 2005, Joey and Johnny Spampinato left NRBQ to form their own band. From 2005 to 2008, Adams released archival NRBQ projects, live recordings with Marshall Allen of the Sun Ra Arkestra, a collaboration with his original musical partner Steve Ferguson and new music under his own name.

In 2007, Adams and Ligon (guitar) recruited Pete Donnelly (bass) and Conrad Choucroun (drums) – and hit the road as The Terry Adams Rock & Roll Quartet. “I found musicians who not only understand NRBQ’s past and traditions but who are open to future impossibilities,” said Adams. “It’s important that their reason for being musicians in the first place is real.”

Three years of touring and one live CD followed and the band recorded a new studio album in 2010-11. The spirit of NRBQ was alive and well. In the spring of 2011, Adams announced the release of a new NRBQ album “Keep This Love Goin.” He said, “I didn’t want to call the band NRBQ right away because I didn’t want Scott, Pete, and Conrad subjected to unfair comparisons. It was clear in the spring of 2009 that we had it onstage, but I wanted to wait until we had more road experience and a new studio album with new songs that we wrote and recorded together.” 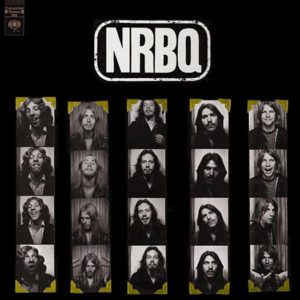 Tom Ardolino was one of the loudest champions of the new NRBQ line-up -“It’s time to welcome to the world the latest version of NRBQ. Terry, Conrad, Scott, and Pete are playing true music, which is what NRBQ is all about. All you have to do is listen to this band and you will feel what they’re putting down. If you can’t feel it, I feel sorry for you. NRBQ is back!” (Ardolino appeared with the band on stage as a second drummer as often as he could during 2007-11, until his untimely death in early 2012.)

What comes through, seeing NRBQ live in 2016 is the same spirit and vision that has always been there. At the center, the guiding force of NRBQ is, as it has been, Adams’s sensibility, his idea of what a rock and roll band can encompass. Everything about the band, its unusual combination of wackiness and dead-serious musicianship, its ability – but more than that, its willingness – to move from genre to genre, to deliver the unexpected, has been, as one fan put it, “an extension of Terry’s personality.”

NRBQ has been, since its origins close to 50 years ago, about the band and the audience going on a ride together, without a musical map. Still touring with the Whole Wheat Horns, an important element of NRBQ’s sound (the section has included original members Donn Adams & Keith Spring, as well as Gary Windo, Sun Ra musicians Pat Patrick, Tyrone Hill, Dave Gordon, and Knoel Scott, Jim Hoke, and today Klem Klimek and Carl Q), the band still performs with no set list. Adams calls the songs as he feels them, the live show goes where it goes, and that’s why the ‘Q in concert is never what you’d expect but always a joy to witness.