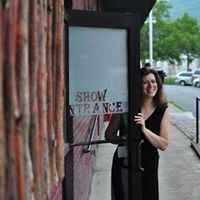 Singer/songwriter Willa Vincitore (formerly McCarthy) has been building a fan base across the Hudson Valley for nearly two decades. While her songwriting is an eclectic mix of blues, soul, rock, funk and (occasionally) pop, there’s one thing that ties it all together—that voice. Before launching her own band, she was an original member of the award-winning Chris O’Leary Band (O’Leary was a longtime member of the late Levon Helm’s Barn Burners band before launching his project).

Willa contributed vocals to O’Leary’s debut CD, Mr. Used to Be (which garnered the 2011 Blues Blast Magazine “Best New Artist” Award), his sophomore release, Waiting for the Phone to Ring and fourth CD, Gonna Die Trying. They’ve performed together on stages around the country from the NY State Blues Festival, to the Midway Tavern in Indiana, to Memphis (at the 2011 BMAs), and Chicago (at Buddy Guy’s Legends for the BBMAs). When asked about Willa, O’Leary has said, “she’s my favorite person in the whole world to sing with.” If you’ve been among those who witnessed them performing together, you know what incredibly dynamic energy looks, feels and sounds like and you won’t be disappointed by what she’s achieved stepping out on her own.

Willa’s long-awaited debut CD, Better Days, will be released in January of 2017 and showcases both her songwriting skill and vocal range. Nick Delay, host of the Big Blue Kitchen blues show on WVKR since 1996, notes that “you may recognize Willa’s vocals from her work with O’Leary or from her performances with her own band at various Hudson Valley venues over the last several years, but none of that will quite prepare you for the confidence and power on display on her premier album, Better Days. From the soulful vocals of the title track to the classic blues belting on “Love Looks Good on Me,” Willa shows complete command of her instrument…This is an album that should propel her to the attention of audiences far beyond the blues incubator that is the Hudson Valley.”

If you’re a fan of Susan Tedeschi, Shemekia Copeland and Bonnie Raitt, you’ll likely dig Willa. Fans have described her performances as “powerful,” “soulful,” and “empowering,” and have often compared her to those three with a twist of Joplin thrown in for good measure.