(September 15, 2017) – The Sixth Annual Patterson Rotary Blues & BBQ Festival will take place this weekend at the Patterson Firehouse lawn. The two-day festival consists of some of the best in Blues musicians f 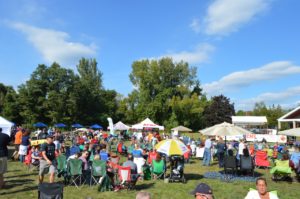 rom throughout the Hudson Valley. The event is free (a $10 donation is recommended as all proceeds go to the Patterson Rotary Club). Live music will be performed each day from 12 – 7pm.

The event is family friendly, and dogs are welcome. A variety of BBQ, wine and beer will be available for sale. There is a section for children’s activities, games and crafts.

The Guys Night Out Band is a local 4-member outfit with a combined 100+ years of gigging experience. This ‘Fab-Four’ were brought together in 2004 and have been getting together to make great music on a regular basis ever since. They each share a love of Classic Rock, Blues, and Motown, but they also offer unique individual strengths and interests that come together to create a magical music experience. They seamlessly flow from music by the Beatles… to the Stones… to the Byrds… to Clapton… to Stevie Ray… to BB King… to Buddy Guy… to the Temptations… to Wilson Pickett…

The Red Hots are two beautiful and talented ladies who bring life back to many classic jazz standards, old blues tunes and feisty originals with their blend of unique vocals ukulele/guitar mix with driving organic percussion. 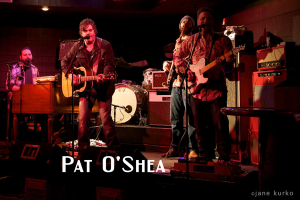 The former sideman and singer/songwriter/guitarist; Pat O’Shea, continues to impress with his well-crafted songs, strong musicianship and a band that will make you take notice. His resume is equally impressive and includes six years playing guitar for the legendary Levon Helm, countless shows backing Blues greats James Cotton and Hubert Sumlin, as well as collaborations with Jimmy Vivino (Conan O’Brien, The Fab Faux), David Johansen (The New York Dolls) and Larry Campbell (Bob Dylan) among others. O’Shea’s songs are pure American music, influenced equally by heartland Country, down home Blues and straight ahead Rock n Roll. His thoughtful lyrics, inspirational melodies and powerful arrangements will rock you hard, let you down easy and take you everywhere in between.

The Fresh Paint Band is a Rock ‘n’ Roll outfit with Blues, Boogie, Funk and Psychedelic Soul Fusion undertones from the Hudson Valley. Assembled by guitarist and vocalist Big John Savage, Fresh Paint is a group that channels a special kind of vibe. A vibe that gets you groovin’. Doing something that they call “Boogie Music” – a spectacular and special blend of various genres of music. They’ve cut a killer album called “the Flower” and they’re writing their next record while working on the release of a show recorded Live at Daryl’s House. Fresh Paint puts forth the kind of Boogie Music that will soothe the soul.

Singer/songwriter Willa Vincitore (formerly McCarthy) has been building a fan base across the Hudson Valley for nearly two decades. While her songwriting is an eclectic mix of blues, soul, rock, funk and (occasionally) pop, there’s one thing that ties it all together—that voice. Before launching her own band, she was an original member of the award-winning Chris O’Leary Band (O’Leary was a longtime member of the late Levon Helm’s Barn Burners band before launching his project). 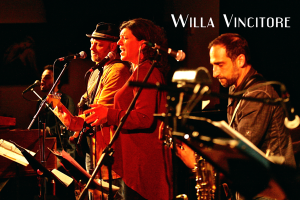 LAWilla contributed vocals to O’Leary’s debut CD, Mr. Used to Be (which garnered the 2011 Blues Blast Magazine “Best New Artist” Award), his sophomore release, Waiting for the Phone to Ring and fourth CD, Gonna Die Trying. They’ve performed together on stages around the country from the NY State Blues Festival, to the Midway Tavern in Indiana, to Memphis (at the 2011 BMAs), and Chicago (at Buddy Guy’s Legends for the BBMAs). When asked about Willa, O’Leary has said, “she’s my favorite person in the whole world to sing with.” If you’ve been among those who witnessed them performing together, you know what incredibly dynamic energy looks, feels and sounds like and you won’t be disappointed by what she’s achieved stepping out on her own.

Willa’s long-awaited debut CD, Better Days, was released in January of 2017 and showcases both her songwriting skill and vocal range.

PETER MURCHISON will be playing on acoustic guitar between acts. 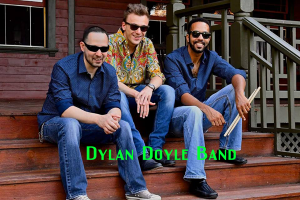 Based in the Hudson Valley, rising star Dylan Doyle has been performing nationally, as well as internationally. Southern bred, northern raised, his trio’s style of music lies somewhere between roots rock and jam funk. It evokes Woodstock and dips into southern soul. It’s a uniquely American sound Doyle calls “a big melting pot.” After sharing the stage with the young musician in Memphis a few years back, Ben Cauley, sole survivor of the Otis Redding plane crash and co-founder of the Bar-Kays likened Dylan to a young Jimi Hendrix. When asked about the wave of young talent rising from the Hudson Valley, Van Morrison guitarist John Platania commented “Dylan Doyle is the future.” Bill Payne of Little Feat described Dylan’s work as “imaginative and original.” 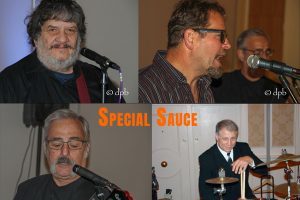 Anthony Cataldo (Bass), Bob Cage (guitars/Vocals), Tony Traina (Drums/Vocals) and Paul Toscano (Harmonica/Vocals. They are four seasoned musicians and, friends who came together after each playing in successful musical projects over the years. They play an incredible selection of Rock, Soul, Blues and Funk music, and it becomes apparent that they have the goods to deliver once they take the stage.

Tight grooves executed by professional musicianship, and well crafted arrangements make for a fun show. Always engaging and looking to have some fun, Special Sauce is here. Special Sauce has just the right ingredients for great music, A recipe handed down through years of experience and reliability!

Tony T Entertainment is one of the hottest top 40 wedding bands in the NYC Tri State Area, consisting of professional musicians to make Magic through Music.

The City Express Band is made up of professional musicians with extensive biographies playing or recording with international artists, performing for Broadway shows, or have appeared with national late night TV show bands. Well-known throughout the tri-state CT, NY, NJ area, performing at events, clubs, performance halls, and other establishments. 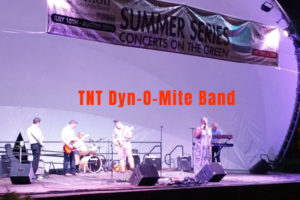 The TNT Dyn-O-Mite Band performs party-favorite rhythm and blues classics, sexy seventies soul, and freaky-fun funk. The band features Shantelle Williams – Lead Vocals (“What I love about R&B is its ever-evolving transformation, which allows me to infuse my gospel roots into fun vibes to groove to”), Tony Sanches – Drums/Vocals (“I find R&B inspiring as it reflects a full range of emotions–at times it’s joyful or heartfelt, yet provides an incredibly fun groove to dance to.”), Ed Feig – Bass (“I love holding down the bottom with this group. It’s like working the engine room on a party boat: burning hot and rocking down below, lots of singing and dancing up on the deck.”), John Verdechi – Guitar/Harmonica/Vocals (“Motown, Stax and Chess Records are treasure chests of American music, and it’s so much fun recreating these masterpieces.”), Bob Peto – Keyboards/Vocals (“Friends from the music business–the people that I share music with–these are my friends for life.”), Jim Spad – Guitar (“This is the same great music I discovered when I first worked in clubs. I still love playing these now-classic R&B songs. I’m very happy to play with such talented musicians.”).

MERLE WILLIAMS will be performing acoustic guitar between acts.

The Patterson Rotary Club gives ALL donations and proceeds from #BNBBQ back to the community during its two Giveaways in February and June. Numerous teens received college scholarships, and many organizations receive much needed funds during these Giveaways. For example, there’s Putnam Community Action Partnership, Hope For Heroes Foundation and Help Our Military Heroes Charity, Putnam Humane Society, Putnam County SPCA (NY), Putnam/Northern Westchester Women’s Resource Center, Child Advocacy Center of Putnam County, and many other organizations and service projects, just to name a few. 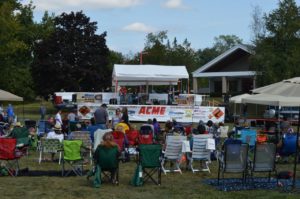