(July 17, 2016) – Tisziji Munoz has been described as “spirit-taught, avant-garde, extreme guitarist with an eccentric sound & style – a spiritual tornado.” 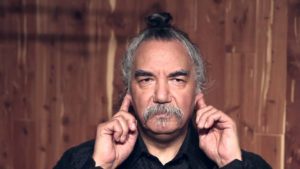 Following his departure from military service in 1969, Tisziji Munoz pursued his interests in Canada, generating his own musical ideas as well as taking a leading role in the development of Toronto’s underground music scene. As a guitarist in the musicals ‘Hair’ and ‘Godspell’, Munoz met and inspired the now world-famous keyboard player, Paul Shaffer, who became Tisziji’s primary accompanist from 1970 to 1972.

“Tisziji’s music is of a unique, other-worldly nature… although I didn’t understand it, I was galvanized. He began to instruct me in how to accompany and play this type of music. Thus began a musical and spiritual friendship which continues to this day. I apprenticed with Muñoz until I left for New York in 1974. He taught me first a repertoire of jazz standards, expanding my knowledge of harmony, then gradually freed me to play the modal type of spatial music with which he dealt. He led me and a small group of cats in an exploration of music as a means of spiritual communication with each other and, ultimately, with G-d. I have [since] played with all the great guitar players, from Eric Clapton to Van Halen to Santana to Jeff Beck, and nobody plays guitar the way Tisziji Munoz does. He is very spiritual, and as a guitar player he swings wild.”
– Paul Shaffer, Music Director, The David Letterman Band

John Medeski, of the genre-defying trio Medeski Martin & Wood, has garnered fans across the musical spectrum. Built upon jazz roots, electronics and rhythmic grooves, MMW have broken out of the traditional jazz sphere and have shared the bill with groups such as The Roots, Beck, A Tribe Called Quest, Ray Charles, Hermento Pascoal, and Phish, frequently appearing in venues unavailable to most jazz artists. Medeski’s recording credits include John Zorn, Iggy Pop, T Bone Burnett, Ray Lamontagne, Dan The Automator and k.d. Lang. Medeski has produced The Dirty Dozen Brass Band, pedal steel guitar group The Campbell Brothers, and two records from The Wood Brothers. 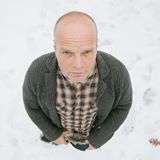