(June 27, 2016) – On July 28th, TMI Project will host a Prince themed story slam celebrating the life of a legend as part of its popular T.M.Idol story slam series.

T.M.Idol is TMI Project’s popular story slam series (think TMI meets American Idol), in which readers compete by telling short, true stories from their own experiences, on a particular theme. Readers are given guidelines for creating a story, but unlike with the monologues produced for the organization’s standard stage shows, event organizers do not do any work on these, nor even see the stories beforehand.

The slam will be held at 8pm at BSP Lounge, a nightclub in the historic Stockade district in Kingston, and will be emceed by comic, performer and TMI Project co-founder Julie Novak. Dancing will follow.

Those who’d like to compete in the slam by telling a five-minute story should sign up by July 15th at info@tmiproject.org. The first ten to sign up will be included.

TMI Project is a non-profit organization founded by executive director Eva Tenuto and Novak, which offers memoir writing workshops that culminate in performances and/or publication. Through its Community Outreach Initiative, TMI Project brings distinct versions of its workshops to the incarcerated, at-risk teens, cancer patients, survivors of domestic violence, military veterans, LBGTQ teens, and other populations where people don’t often get to tell their stories or be heard. 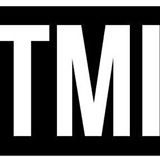 – We strive to change the world, one story at a time, by fostering compassion, identification and understanding among people from diverse backgrounds and situations.

– We are committed to dispelling the shame and stigma attached to personal experiences by encouraging participants to share their stories—including the parts that have always caused pain or shame—and find empowerment in the experience of being truly heard and responded to, even from audience members whose specific experiences have been very different from their own.

– We aspire to incite social, legal and political change by giving voice to populations whose stories often go unheard, and to engender compassion, understanding and public awareness of issues that are often overlooked by mainstream media.

For more information or to purchase tickets in advance, CLICK HERE