(June 19, 2016) – After approximately one year in the studio, local alternative  contemporary rock group Wading Nine is excited to announce the release of their debut album, DEMONS. The EP is set to go on sale tomorrow (June 20, 2016) on the band’s website: www.WadingNine.com.

DEMONS was written and produced by Eric Sagarin.

To listen to the raw first single, Demons, off the new album, CLICK HERE. The song offers a glimpse of the melodic and hard driving sound that features writer Eric Sagarin’s vivid metaphors and unique lyrics of personal struggle and loss. According to Sagarin, “Wading Nine has been a labor of love for me. I composed, wrote, sang, played all of the instruments and produced and mixed this album. It’s the first time in my musical career that I’ve been able to create an entire project by myself, which has been great but also terrifying because it’s all me”.

Sagarin has been involved in music production from Jazz to Rock, and seamlessly blends a variety of styles into a heavy Rock/Alternative sound with subtle nuances that create a genre of music that is hard to define. This summer will lead to yet more change as Sagarin begins to look toward touring. “All of the instrument parts are played by me, but I don’t want to rely on computers or use synths at shows. I’ve found some great people on Bandmix that are interested in my music and I’m hoping we can start playing DEMONS on tour soon”. 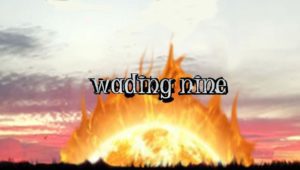