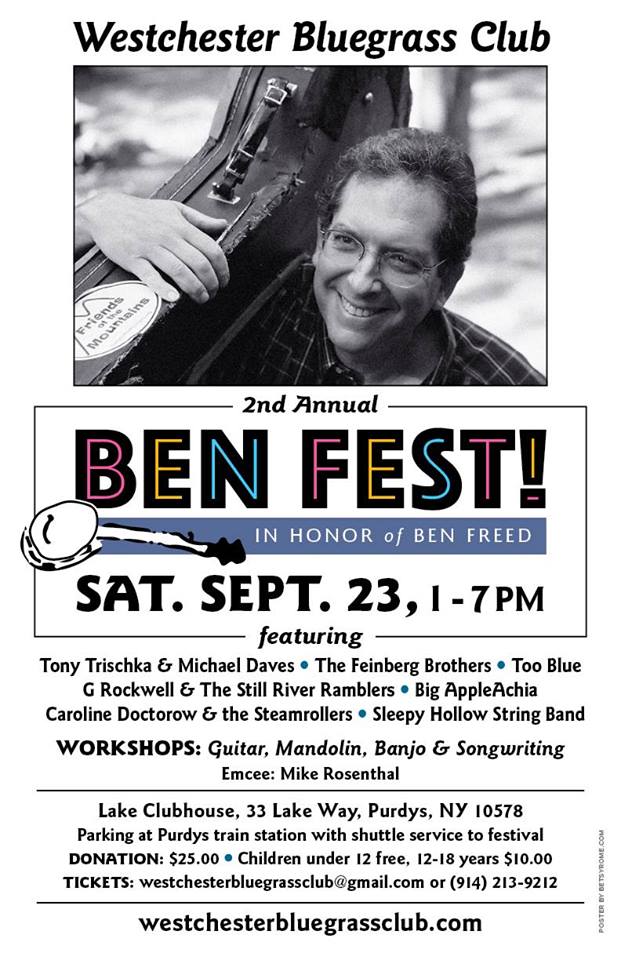 (September 22, 2017) – The Westchester Bluegrass Club will be hosting its second annual “Ben Fest” tomorrow in Purdys.

Award winning bluegrass musicians Tony Trischka and Michael Daves are slated to headline the full-day bluegrass festival that has become an annual celebration of American music in northern Westchester.

In 2007, Trischka won the International Bluegrass Music Awards’ Banjo Player of the Year award, and in 2012 was named a United States Artists Friends Fellow.

Daves, who has been heralded as “a leading light of the New York bluegrass scene” by the New York Times, was a 2011 Grammy nominee for his recording, “Sleep with One Eye Open.” with mandolin player Chris Thile. 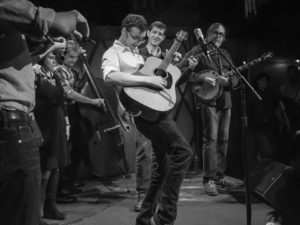 Westchester Bluegrass Club’s Michael Burns began Ben Fest! to honor his late friend, local banjo player, Ben Freed. According to Burns, “The BenFest! 2017 line-up has seven terrific bands spanning a variety within the bluegrass genre. There will be traditional bluegrass, gospel, swing-jazz influenced bluegrass and more modern styles. We are featuring both world touring veterans and bands with young prodigies. There will also be instrument and songwriting workshops, where attendees can hone their skills with others. We are really excited to bring this family-friendly day of music to the community.”

Suggested donation is $25 per adult, age 12-18 $10, and children under 12 are free. There will be a shuttle bus from the Purdys Metro-North station to the festival site.

More information and tickets are available by contacting Mike Burns by email (westchesterbluegrassclub@gmail.com) or by phone (914)-213-9212.