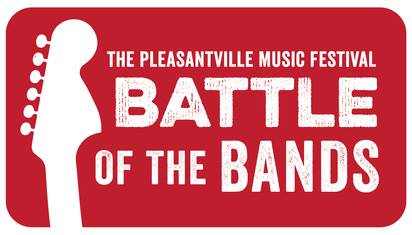 (June 3, 2016) – Recently,  a group of very talented young musicians and bands competed in a “Battle of the Bands” to win the opportunity to perform on July 9 at the prestigious Pleasantville Music Festival.

All contestants in the Battle of the Bands must be 26 years of age or under, and reside in Westchester, Rockland, Putnam, Fairfield, Bergen or the Bronx. Ten finalists were selected and each will compete this Sunday, June 5 at Lucy’s in Pleasantville from 1:30-5:30 pm.

Two winners of Sunday’s final will selected, and each will be given the unique opportunity to perform for 20 minutes on July 9 between 12pm-1pm. One winner will open the festival Party Stage and one will open the festival Chill Tent Stage. The Pleasantville Music Festival, now in its 12th year, regularly attracts thousands of attendees and the line-up includes both national and regional talent.

If you love live music and care about supporting and encouraging young, up and coming artists please come out to Lucy’s on Sunday and support these very talented musicians.

The finalists to perform on Sunday include: 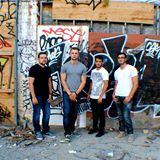 Originally from the coast of Maine, Alice Limoges is a singer-songwriter who has been performing across NYC for three years. A recording artist, her first critically-acclaimed album, Not Gonna Fall Asleep Tonight, was released when she was 16 years old. 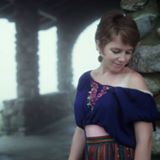 She has performed extensively across NYC and the northeast, including festivals (Keene Music Festival, Keene, NH; The Campfire Festival, Cambridge, MA; Belfast Free Range Festival, Belfast, ME), colleges (Columbia University, Hamilton College, SUNY New Paltz, SUNY Purchase), and other legendary venues such as Rockwood Music Hall (NYC), PIANOS (NYC), The Bowery Electric (NYC), Club Passim (Boston), and Cafe Nine (New Haven). Her current album, As Close As You Can Be Without Touching, features a 14-piece ensemble. It follows her, burdened by an emptiness which eventually gives way to a celebratory clarity as light as air.

The palette of sound from which Limoges draws is disparate and complex, resulting in a wide stylistic breadth that is at once striking and accessible. As time goes on, this palette has expanded considerably. Limoges changes her lineups, searching for new timbres that shift with her musical growth. From a childhood of solo-guitar performance, she has taken part in Renaissance choirs, jazz combos, and various rock bands. Having studied music at both SUNY Purchase and the University of Maine Augusta, she has a working knowledge of a multitude of instruments and styles including piano, guitar, banjo, and drums. Her current band includes jazz rhythm sections and horns, chamber instruments arranged by her collaborator, Zach Jackson, and an opera singer whose warm and gentle voice intertwines subtly with Limoges’.

Her stories are driven by emotion rather than plot. A background in psychology and interest in the complex nature of the human soul have been formative in shaping her artistic output. What thematically unites her poetry is a drive to plant seeds of empathy and common love in her listeners. The intellectual contents of her work are rooted in themes and experiences as varied as the music itself: a Syrian refugee’s tale of loss, broken yet privileged minds attempting to reject their own lifeblood, poetry of Neruda and Gibran, and the worn hands of potters. It is raw yet open. After an evening of listening to her cut through the emotional layers that divide us, audiences are certain that nobody is alone.

18-year old Amanda Ayala is currently a student at Mercy College and has been singing since the early age of three.  In the early years Amanda started performing in numerous plays and musicals. From there she knew she wanted to be on stage and her voice began to develop. At thirteen she joined her first band. Classic Rock became her genre of choice. 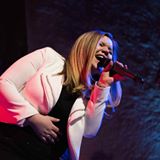 Amanda has performed at well know venues such as The Chance, The Bitter End in New York City and Disney World in Orlando!  “Performing at venues where some of my favorite artists performed is a dream come true.” says Amanda.  One of Amanda’s proudest performances was singing the National Anthem at the 911 dedication for The Town of Carmel. Amanda was also featured on “The Voice” on NBC and was a member of #

Amanda was the lead vocalist in Rockin’ One Way and Dead End in Putnam County. The bands were well known in both Putnam and Westchester Counties and always “Rocked the House and Packed the House”.

Amanda’s songwriting explores themes of identity, growth, love and friendship in a way that honors the mysteries of the human experience. Phrases turn, emotions connect, melodies soar. You sing along even though you’ve never heard the song before. Amanda’s unique and raspy tone makes everyone get lost in the song.

Some of Amanda Ayala’s music icons consist of: Paramore, Simple Plan, Evanescence, Pat Benatar and Gun’s N Roses.  “My family and friends always encourage me to pursue my dreams, and say, ‘if you want something, you must work hard and follow those dreams!’”. 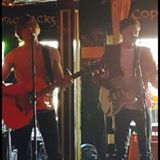 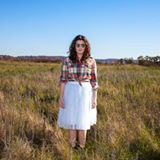 ter based in NY, Haley Jane Rose tackles growing up and finding her voice with catchy melodies, precise harmonies, and honest, unique lyrics. Heavily influenced by the likes of Jason Mraz, Ingrid Michaelson, and British artists Kate Nash & Lily Allen, HaleyJane blends her warm, acoustic tones with a sarcastic sense of humor and matter-of-fact story telling to create her sound.

Songs such as “Brand New” and “Head Over Heels” breathe new life into the love song, while “East Harlem”, “Black and Blue”, and “Knee Socks” just try to get everything right (for once). She is currently recording her five song EP, “Everything Sucks Until It Doesn’t”! 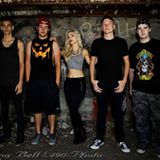 Fiction is a female fronted, five piece hard rock band out of Mahopac, NY. The band was founded in fall of 2014 and is currently recording their debut album. 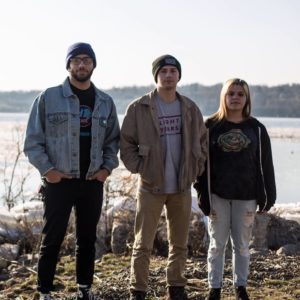 Indigo King is the collaboration of one mind split into five parts. The first four members were Faiz Lone, Josh Braunstein, Liam Houghtaling, and Danny Annibale. These four have been making music together since around the age of birth, playing in a number of different bands, all having different names and being responsible for different sounds. But they were not Indigo King until the last member, Indigo Duck, joined the band, sometime around the beginning of 2014. 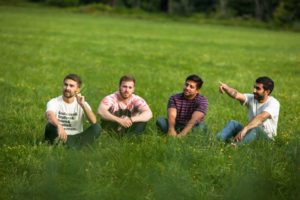 Indigo King music is pioneering a new genre, Space Aquarium. Picture a sperm whale swimming gracefully through the endless oceans of space. Translucent neon jellyfish floating silently by in the background as the whale passes by. Add a drum track to that image and you have an idea of the sound of Indigo King.

Aside from making music, the band enjoys sleeping and watching movies. Saying words incorrectly is also a time-tested pastime. But don’t worry too much about that, listen to the music and enjoy.

Mary and Brianna are 18 year old twins from New City, New York. They are singer/songwriters with an original sound not heard in years. Their lyrics and harmonies will amaze you!!! Enjoy their website and all the exciting news about their journey.

Breigh Alysse Hammel was born on September 14th 1999 in the small village of Pleasantville New York. Her passion for singing started at the tender age of 5 when she enthralled a captive audience of her grandmother and her grandmother’s friends. Strutting down the stairs in a feathered boa and gown she belted out Barbara Streisand Ballads such as “Hello Dolly” and “Don’t Rain On My Parade.”  One day while at her dance studio Breigh was heard singing by the director and was asked if she would like to compete in The New York Onstage National singing competition. At the competition Breigh not only won for her age group but also had the overall high score for singing.

As Breigh grew older her passion for singing ignited.  Breigh began to sing whenever an opportunity arose. She sang in musical theater ,talent shows , Christmas Tree Lightings, and National Anthems at sporting events. She was also accepted as the youngest member of the Concert Chorus Division of the Young People’s Chorus of New York City . As Breigh’s talents blossomed so did her desire to write . She feverishly began writing songs and poems and won a prestigious writing award in 8th grade.  She then began to work assiduously with a recording artist and has recently  written and produced her debut single“ Stone Cold Savior”, at the age of 14.

Her goal is simple, to fulfill her passion for singing and songwriting in a meaningful way to positively impact her generation.

Lucy’s is located at 446 Bedford Road in Pleasantville.