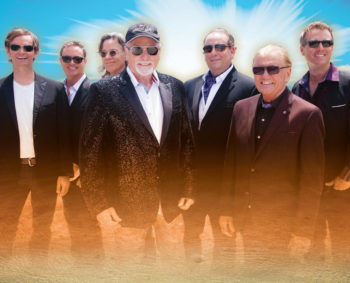 (May 27, 2016) – On Wednesday, July 6 The Westchester County Center in White Plains will be alive with Good Vibrations. The legendary rock/pop/surf band, commonly referred to as “America’s Band” is in town for a one-night only performance.

(Source: http://www.thebeachboys.com) The amazing yet true saga of The Beach Boys is well chronicled, and by any standard it’s one of the greatest and most musical stories ever told. Now this singular West Coast story continues with a global celebration that is befitting of the remarkable and enduring legacy of these Rock & Roll Hall of Famers. To mark their 50th Anniversary, the founding members of The Beach Boys are reuniting for a major international tour and a brand new studio album that represents a whole new harmonic convergence from a group that has brought so much joy and harmony to this whole world. 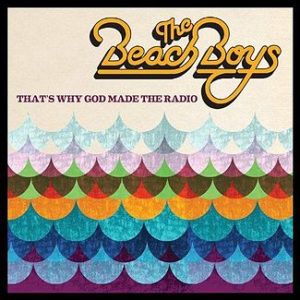 For millions of Beach Boys fans spanning multiple generations, this 50th Anniversary Tour and new album called That’s Why God Made The Radio — due June 5th from Capitol/EMI — represents a dream come true and an almost religious experience. That’s right; this legendary group is not just going to “Do It Again” on the road. Beach Boys Brian Wilson, Mike Love, Al Jardine, Bruce Johnston, and David Marks also recently completed their recording sessions at Los Angeles’ famed Ocean Way Studios for That’s Why God Made The Radio, the band’s 29th studio album, the first in decades to feature all of the band’s surviving original members.

The Beach Boys’ collaborative approach to writing and recording their new music is evidenced throughout That’s Why God Made The Radio, with all of the band members participating to create its glorious harmonies, lyrics, and arrangements. Through it all, the good times and the bad, The Beach Boys have always been at heart a musical family. And to mark a half-century of musical excellence, the surviving members of The Beach Boys family are reuniting as only family can to reflect and to celebrate.

“We’ve come full circle,” says Al Jardine. “Sharing our memories and our present in the studio has been really remarkable. I can especially feel it when we’re all singing around the mic together, because we all hear each other and we really lock in.”

“We have reunited as a band, but we never ‘un-reunited’ as friends,” says Bruce Johnston. “To be back in the studio with these guys is like a prayer that’s been answered and I am thrilled to be sharing it with everybody.”

“This is more like a family reunion than anything,” says David Marks. “When we’re together, we get along great. The chemistry always works the same as the last time we were together, and the five of us become a single element.”

The Beach Boys are led by Mike Love and Bruce Johnston, who along withJeffrey Foskett, Brian Eichenburger, Tim Bonhomme, John Cowsill and Scott Totten continue the legacy of the iconic American band. This tour will not feature Brian Wilson, Al Jardine or David Marks.

The Westchester County Center is located at 198 Central Avenue in White Plains.