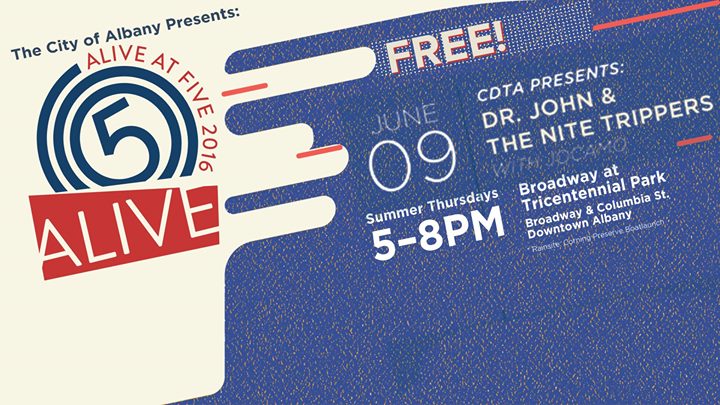 The legendary Dr. John is a six-time GRAMMY® Award-winning musician and Rock & Roll Hall of Fame inductee. Known throughout the world as the embodiment of New Orleans’ musical legacy, Dr. John is a true icon in American culture. Beginning his career as an in-demand session musician playing on classic records by Aretha Franklin and the Rolling Stones, his breakthrough 1968 album Gris-Gris introduced the world to his unique blend of voodoo mysticism, funk, rhythm & blues, psychedelic rock and Creole roots. After a half century of acclaimed solo recordings and collaborations with everyone from Eric Clapton to Dan Auerbach of the Black Keys, Dr. John continues to write, arrange, produce and interpret with a passion that has yet to wane.

Founded in 1993, Jocamo is a group of veteran musicians who’ve taken it upon themselves to bring their old school brew of funk, R&B, soul and rock to the masses. Inspired by the music of The Meters, The Neville Brothers, Parliament/Funkadelic, James Brown and Marvin Gaye, Jocamo provides heavy groove at every performance.