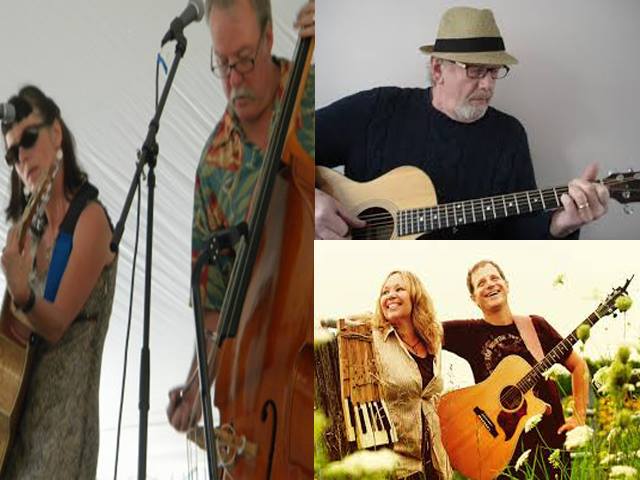 Contemporary folk duo The Levins offer harmony-driven acoustic music that is warm and uplifting without skating over the complexities of life. Guitar and piano, along with tightly blended unison vocals, reflect the couple’s own compatible musical and personal relationship which began with meeting at an open mike in Berkeley, CA.

At the core is Barbara Dempsey (vocals and guitar) and Dewitt Nelson (bass and vocals). The husband and wife team have been playing together in various bands for over a decade. Barbar Dempsey and Co. perfom songs from well thought out originals to the blues, jazz, rock, and pop standards.

A fixture in the Hudson Valley music scene for over thirty years, Paul has played bass with The Saturday Night Bluegrass Band, The Pontiacs, Big Joe Fitz, Doctor Romo’s Cajun Swing Orchestra, and Cleoma’s Ghost. Influenced by Jesse Winchester, Mickey Newbury, John Hiatt, Tom Waits, Joan Armatrading and the Subdudes. He has performed his original, Folk/Americana music in a variety of clubs and cafes throughout the Northeast.