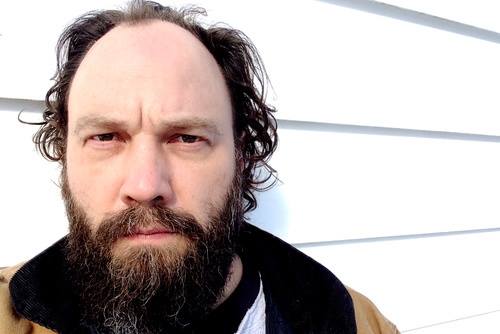 We are pleased to bring Brad Armstrong back to the spotty dog, joining him for the night is another great songwriter Richard McGraw

on The Strangest Colored Lights

“One half of the songwriting team behind 13ghosts, Brad Armstrong sings like Richard Buckner at a closed-casket viewing and favors intensely Book of Revelations imagery. 13ghosts continue to reinvent themselves with every song, trying on new sounds and styles to see what fits…The Strangest Colored Lights is a persistently somber, mostly humorless album, but it’s so musically vigorous that you wouldn’t mind if they dwelt on death for the rest of their lives.”
– Pitchfork (7.6 Rating)

on Garland of Bottle Flies

“Alabama’s 13ghosts have long been known for a unique brand of dark, atmospheric rock ‘n’ roll, but Garland of Bottle Flies easily stands as its most unified vision yet…It’s an impressive work that stands as one of 2011’s best albums.”
-PopMatters (9/10)

“LIFE IS SUFFERING.” Upon this Nobel Truth, Richard McGraw is building a career in song. Following in the footsteps of the poet-songwriters like Leonard Cohen, Bob Dylan, Nick Cave, Tom Waits, Lou Reed –McGraw contemplates the trials and tragedies of the human condition with beautiful and poignant honesty. His uncommon vocals tremor and plead heavenward, relaying woeful tales of love and loss, existential terror and a longing for transcendence.

McGraw’s mournful voice and exquisite lyricism were first expressed in his remarkable 2003 debut, “Her Sacred Status My Militant Needs”. The song “Sidetracked” from that record landed him a finalist in the John Lennon Songwriting Contest. That record also caught the ear of music industry producer/guru Rick Rubin. McGraw found himself playing songs for Rubin in his hotel room. The following year found McGraw birthing songs at a staggering rate in an attempt to impress Rubin and enter the Kingdom of Major Labelhood. No major label deal was forthcoming, but with a new set of songs and a new found confidence McGraw made “Song and Void Vol. 1”, his sophomore release. The record was hailed by Performing Songwriter magazine as “a true masterpiece.” Lian Lunson, director of “Leonard Cohen, I’m Your Man” would say about it, “I haven’t liked a record this much in ages.”

McGraw has now unleashed his third record upon the world. “Burying The Dead”, a lyrical tour-de-force, covering familiar themes (life, death, religion, love, heartache, God and Godlessness) with a candid freshness. With production from Andrew Spencer Goldman (of Fulton Lights) and musical direction from Jay Foote (bass player for The Welcome Wagon and Diane Birch) the record seamlessly covers diverse sonic landscapes and styles: from the orchestral rock ballad of Balmville Motel to the 70’s singer/songwriter style of “Young Men”; From the Tibetan overtone singing in “Asheville” to the Indian inspired “Grace”; From the sparse Matt Bauer Banjo in “On Our Knees” to the dark distorted guitars of “Her Town”. McGraw also pays homage on the record by covering Billy Joel’s “My Life” and Leonard Cohen’s “The Faith”. In the song “Balmville Motel”, McGraw rewrote the Cohen’s classic “Chelsea Hotel #2”, to tell his own tale of teenage heart ache and growing old.