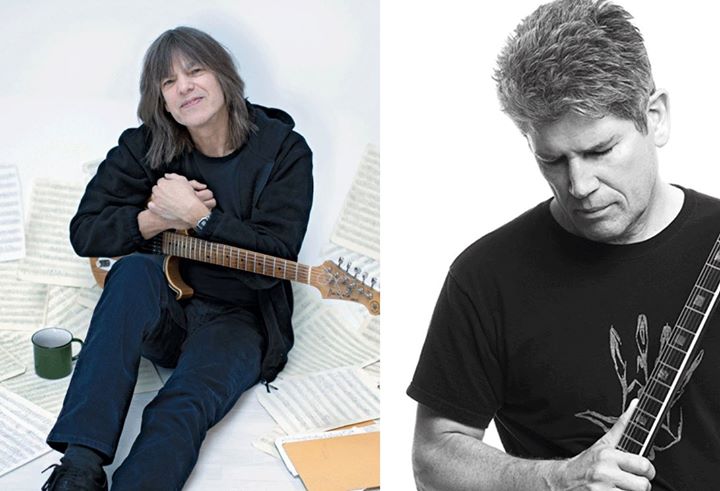 Mike Stern’s debut appearance at the Towne Crier was one of the most amazing performances we’ve hosted, and those who made it through the snowstorm that day know how special it was. However, some who live to the south of us (where the storm was much worse) were not able to make it, so Mike and Bill agreed to return!

One of the most esteemed electric guitarists of his generation, Mike Stern has distinguished himself over a four-decade career that has encompassed musical partnerships with Blood, Sweat & Tears, Billy Cobham, Miles Davis, Jaco Pastorius, the Brecker Brothers and Joe Henderson, as well as 16 recordings as a leader (six of which were nominated for GRAMMY Awards). An electrifying soloist whose blistering chops combine rock-fusion firepower with sophisticated jazz harmonies and his inherently bluesy string bending prowess, Stern has the ability to instantly elevate the proceedings on any gig or session he plays by channeling the spirits of his own personal guitar heroes Jimi Hendrix, Wes Montgomery, Jim Hall and Albert King.

Guitarist and composer Scott Beall teams with James Cammack on bass in a tour-de-force instrumental duo of “American Fusion,” all original compositions by Scott Beall rooted in jazz, blues, funk, rock, Americana, new age, and much more. Beall’s playing and compositions have earned him a reputation for striking versatility, having synthesized his diverse influences into a compelling voice described as “the essence of emotion” by the East Bay Review in Oakland, CA. He has backed up such artists as John Hendricks and Cal Tjader, and shared the stage with Huey Lewis, Billy Idol, Stevie Ray Vaughn, Johnny Winter, the Tubes, and many others. For the past 28 years bassist James Cammack has performed and recorded continuously with legendary pianist Ahmad Jamal. He has visited more than 30 countries backing Jamal, Nancy Wilson, Howard Johnson and Vanessa Rubin. Nicknamed “Chicago Fire” by Bass Player Magazine for his hard-driving and creative playing, he has worked in all the top jazz rooms and has been featured on several Billboard top-of-the-chart albums.